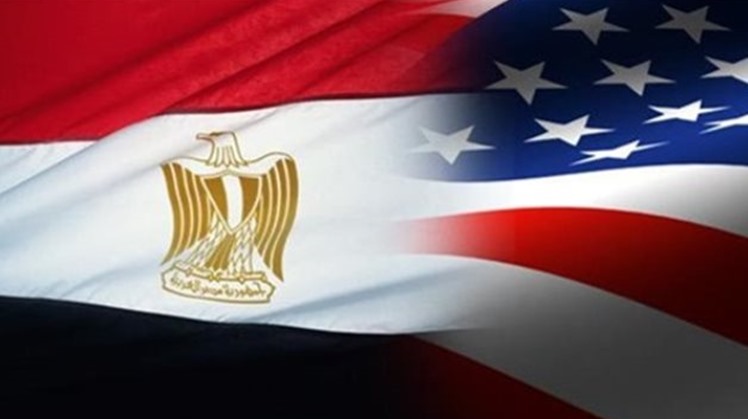 Wed, Nov. 11, 2020
CAIRO -11 November 2020: Under President Abdel Fattah El-Sisi's rule, Egypt's relations with the United States progressed through the resumption of the Egyptian-American strategic dialogue at the level of foreign ministers for the first time since 2009, in addition toSisi's visits to Washington, and the visit of senior officials from the US administration and congressional delegations to Cairo.

Washington welcomed Egypt's efforts to adopt a package of important economic reforms with support from the International Monetary Fund.

The foreign policy of the United States of America was based on several pivotal countries in various parts of the world, including Egypt, where the United States is trying to benefit from the location and history of the Egyptian people, which extends for more than 7,000 years.

During the past years, Egypt held several contacts with former President Donald Trump, through which views were exchanged on the developments of the situation in Libya, in light of the launch of the "Cairo Declaration" initiative. Washington welcomed the Egyptian efforts to achieve a political settlement of the crisis, end violence by supporting a ceasefire in Libya, and activatethe will of the Libyan people to achieve security and stability for their country.

Bilateral relations between the two countries are described as strategic, as the two countries exchanged views on the developments of the situation regarding the Renaissance Dam file and the related trilateral negotiations.

Over the years, Egyptian-American relations have witnessed a new phase of cooperation, understanding and coordination in all fields, especially the political and military, as President Sisi and Egyptian diplomacy succeeded in restoring trust between the two countries and establishing a sustainable institutional framework for the so-called strategic dialogue.

Coordinationand consultation between the two countries continued to reach agreed solutions in all regional issues, especially the Palestinian issue and peace in Sudan, as well as confronting terrorism and regional stability and others.

The former American president praised the successful Egyptian efforts in all fields, especially in dealing firmly and forcefully with the threat of terrorism, and the American media was keen to publish the latest developments in this regard and highlight Washington's strong support for Egypt.

The strategic relations between Egypt and the United States have strengthened the work between the two countries, in the interest of the national security of both.

The United States looks forward to supporting Egyptian development and its ambition to achieve a comprehensive economic renaissance that provides opportunities to increase and develop American investments in Egypt in a way that achieves mutual benefit for both sides. Also, the Egyptian market is a major gateway for American companies and economic interests in the Middle East and Africa.

The successive American administrations have also been keen to activate the frameworks of joint bilateral cooperation, and to enhance coordination and strategic consultation between the two countries, especially in light of the central Egyptian role in the Middle East region, as it supports peace and security for all peoples of the region.

Egypt is also keen to strengthen and consolidate the distinguished partnership relations between the two countries, in light of the importance of that partnership's role in promoting peace and stability in the Middle East region.