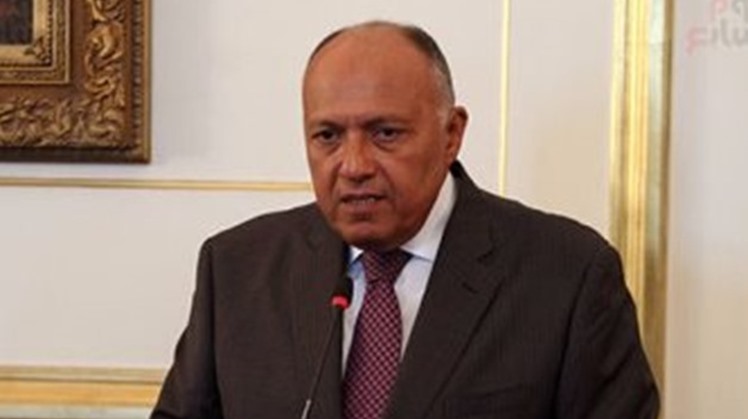 Shoukry’s visit could last for a week as he will meet with a number of US officials and other experts to resume the negotiation on the dam after it ended in stalemate two days ago, said official at the Cairo International Airport on condition of anonymity as they are not authorized to brief the media.

During the last round of the tripartite meetings between the water ministers of Egypt, Sudan and Ethiopia at Addis Ababa on Thursday, it has been agreed that the US Department of Treasury will host a meeting for the foreign ministers and water ministres of the three countries, along with representatives from the US treasury and the World Bank on January 13 to tackle the points of disagreement, according to a statement from the Egyptian Ministry of Water Resources and Irrigation.

At the end of the Thursday talks, Egypt and Ethiopia announced that the two-day discussions reached a deadlock again. Egypt said that it attempted to create a convergence of views via submitting a group of proposals and studies that guarantee for Ethiopia to generate electricity continuously and efficiently during periods of severe drought without causing harm to the Egyptian water share. However, no agreement was reached between the three countries on the amounts of water that should flow from the dam in the different hydrological conditions of the Blue Nile river, where the dam is being built.

Meanwhile, the Ethiopian Foreign Ministry said “Egypt’s proposal will make the Dam be filled in 12 - 21 years’ time and obliges Ethiopia to compensate the “cumulative deficit” for the water it uses for Dam filling.”

The difference between the countries dates back to May 2011 when Ethiopia started building the dam; Egypt voiced concern over its water share [55.5 billion cubic meters]. Three years later, a series of tripartite talks between the two countries along with Sudan began to reach an agreement while Ethiopia continued the dam construction.

In 2015, the three countries signed the Declaration of Principles, per which the downstream countries [Egypt and Sudan] should not be negatively affected by the construction of the dam. Since then, the talks have been resumed, but In October 2019 blamed Addis Ababa for hindering a final agreement concerning a technical problem, calling for activating the Article No. 10 of the Declaration of Principles, which stipulates that if the three countries could not find a solution to these differences, they have to ask for mediation.

Later, the United States sent an invitation to the three countries to resume the talks, and it has been agreed on November 6, 2019, in Washington to conduct the four rounds of meetings in the presence of representatives from the United States and the World Bank. The first meeting was held on November 15-16 in Addis Ababa, while the second round was on December 2-3 in Cairo. The third round convened in Khartoum on December 22-23.