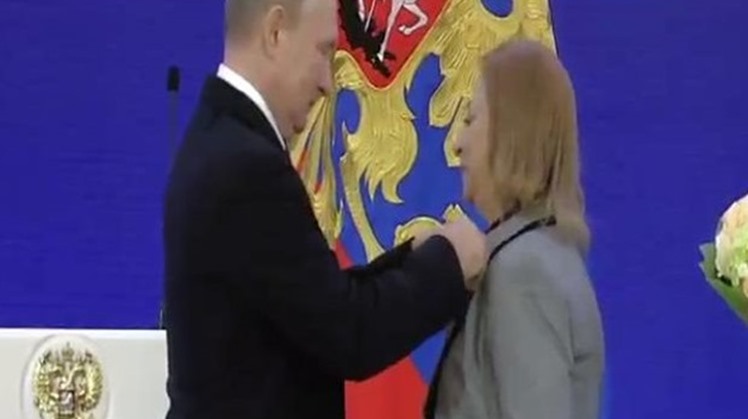 Putin awarded her the Pushkin Medal at the Kremlin in recognition of her role in the cultural dialogue between Egypt and Russia.

The Pushkin Medal is one of the highest honors in Russia. It was established in 1881 by the Russian Academy of Sciences to honor one of the greatest Russian poets, Alexander Pushkin (1799–1837). The prize was awarded to the Russian who achieved the highest standard of literary excellence.