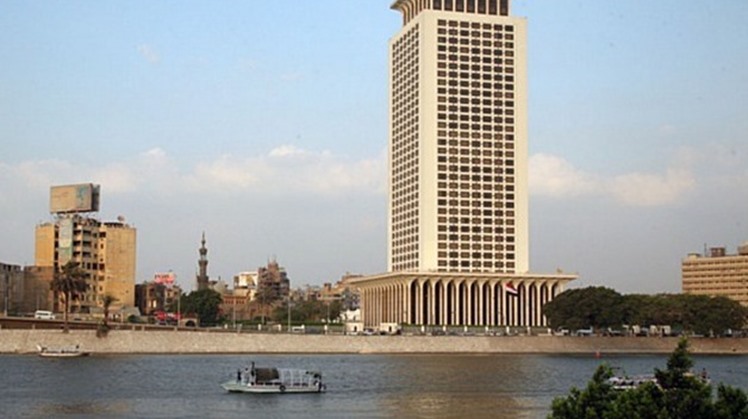 Wed, Oct. 23, 2019
The Egyptian Ministry of Foreign Affairs issued an official statement to address the declarations of Ethiopian Prime Minister Abiy Ahmed before the Ethiopian Parliament concerning the Renaissance Dam.

Find below the full statement:

The Arab Republic of Egypt, in a statement issued by the Ministry of Foreign Affairs today, October 22, expressed its shock and follow-up with great concern and deep regret the statements conveyed by the media and attributed to Prime Minister Abiy Ahmed before the Ethiopian Parliament, if true, which included negative signals and unacceptable hints related to dealing with the file of the Renaissance Dam, which surprised Egypt as it was not appropriate to engage in theses involving the treatment of military options, and as it contradicts the principles and spirit of the African Union Basic Law, especially since Egypt did not address this issue at any time without relying on the frameworks of negotiation in accordance with the principles of international law, and international legitimacy and the principles of justice and fairness, but called for and always keen to negotiate as a way to resolve the differences associated with the Renaissance Dam between the three countries, in all transparency and good faith over the course of many years.

The statement also expressed Egypt's astonishment from these declaration, which came days after the Ethiopian Prime Minister received the Nobel Peace Prize, and we were filled with pride, which should have prompted the Ethiopian side to show political will, flexibility, good will toward reaching a binding and comprehensive legal agreement that takes into account the interests of the three brotherly countries, Egypt, Ethiopia and Sudan, as It is not possible to deal with an issue with such sensitivity and influence on the capabilities of the three nations based on sent promises.

Furthermore, Egypt has received an invitation from the US administration, in its keenness to break the stalemate surrounding the Renaissance Dam negotiations, to a meeting of the foreign ministers of the three countries Egypt, Sudan and Ethiopia in Washington; it is an invitation that Egypt accepted immediately in line with its consistent policy of activating the provisions of the Declaration of Principles and trusting the good endeavors of the United States.