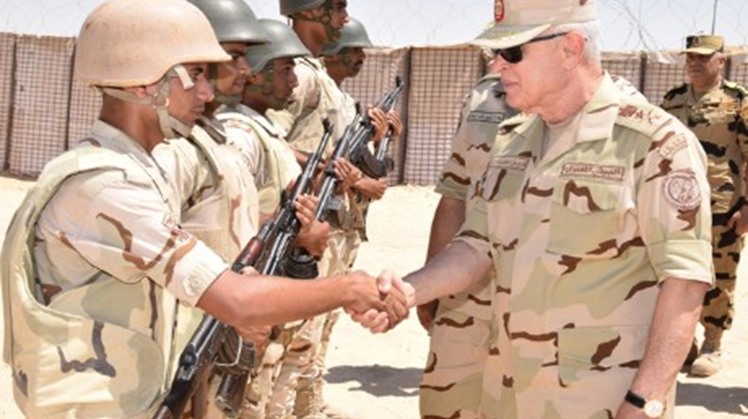 Farid hailed the coordination between the police forces and the armed forces on tracking down terrorist cells and the successful anti-terrorism operations.

Moreover, Farid asserted that the residents of Sinai are the first line of defence for Egypt's national security.

Lieutenant General was keen to pass President Abdel Fatah al Sisi’s regards to the armed forces men fighting in terrorism in North Sinai, where a ceremony to honor brave fighters from the armed forces was held.