Egypt to increase ticket price of trains, metro by 25% in August 2022 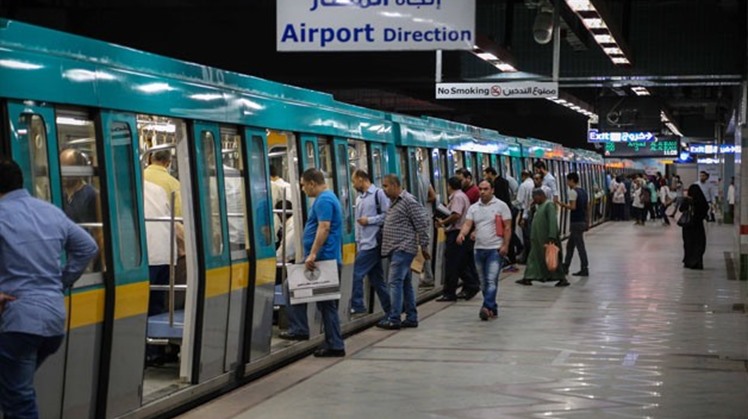 Wed, Aug. 3, 2022
CAIRO – 2 August 2022: Egypt's Minister of Transport Kamel al-Wazir stated on Monday that the ticket price of trains and metro will be raised by 25 percent by the end of August, pointing out that a LE 1-increase in the value per ticket would pay back all the loans of both utilities.

Nevertheless, the minister asserted that students and veterans would be exempted from such rise, highlighting that the government's subsidies to the ticket prices would rise by 19 percent. He clarified that the Ministry of Finance subsidizes train tickets sold to students by LE 5.5 billion per annum.

Wazir said that debt of the railways amounting to LE83 billion was repaid, while the authority still owes LE 5 billion to the Ministry of Petroleum and Mineral Resources. He noted that the revenues of railways are LE 10 billion annually, while expenditure is worth LE 9 billion.

Minister Wazir explained that the LE 1 billion remaining is not enough to pay off the debt, as LE 2.5 billion more are needed.

Wazir said during the inauguration ceremony that the 3rd line starts from Adly Mansour station encompassing Rod El Farag Axis, to the north and Cairo University to the south, with a total length of 41-42 km including 34 stations to commute 1.5 million passengers.

He added that the 1st phase of the 3rd line started from (Ataba to Abbasyia) and the 3rd phase 3A extended 17 km, including 15 stations finalized Sunday, from Ataba to Kit Kat; a transverse artery covering an important trade and an overcrowded residential area.

We are ready to start the experimental operation of Safaa Hegazy metro station on the third line, the minister said.

Head of the Central Department for Tunnels Projects at Egypt's National Authority for Tunnels (NAT), Tarek Hamed Gowaily started the experimental operation of the 3rd phase of the third line.

Transport Minister Kamel Wazir said the three lines are 20 kilometers long, noted that Egyptian companies are working on the 47-long fourth line in collaboration with a Japanese consultation office and the Japan International Cooperation Agency (JICA).

As for the fifth line, the minister said "After President Sisi's directives, we operated a bus rapid transit (BRT) at 13 kilometers long after adding Hadayek October and Haram districts. So, we have the BRT on the ring road instead of the fifth line. "

He added that the sixth line - which will extend from Khosos district to New Maadi and Tora - is in the designing station, hailing the president's inauguration of the LRT which starts from Adly Mansour station to Badr city.

He added that Egypt is the sole country in Africa and the Middle East to have electric mass transportation lines 500 kilometers long and they are all eco-friendly.

Sisi also listened to a detailed explanation from Head of the Super Jet Company Sabri Ayoub about the SuperJet bus stop at Adly Mansour station.

The station, which is built on a total area of 1.5 feddans, is equipped with all needed services, he added.

The station also includes parking that can cope up to 24 buses, including 4 electric buses, which can accommodate up to 5,000 passengers, he further said.

All the electric buses in the station are fully produced by Egyptian companies, with a total of 60% of the buses made up of local components, he added.
A documentary was displayed on the “Egyptian railways” which is one of the oldest railways in Africa and the Middle East and the second around the world after the British ones.


The documentary made clear that the first railway line was established in Egypt between Cairo and Alexandria.

It also showed that the Ministry of Transport exerted efforts to rehabilitate human elements and hone their skills via establishing the Higher Institute for Transport Technology to graduate new cadres that are capable of being up to the development in this field.

The documentary also reviewed the accomplishments done in the railways and the new trains that came into service in addition to the new services that will be introduced to the citizens at the highest level.

Sisi was accompanied by Prime Minister Moustafa Madbouli. Earlier in the day, the President inaugurated Adly Mansour interchange station, the largest station in the Middle East, as well as an electric train project on Al Salam/10th of Ramadan /Administrative Capital.