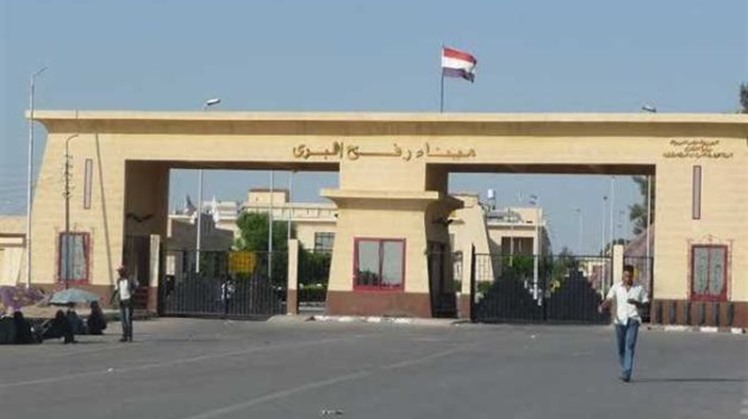 Mon, Aug. 1, 2022
CAIRO – 1 August 2022: The Egyptian Authorities confirmed Monday that Rafah Border Crossing is still open in both directions for the entry of passengers, and aid to Gaza Strip.

It is noted that the crossing had been exceptionally opened in May 2021 in the aftermath of Israeli raids on Gaza to allow the entry of aid to the strip as well as Palestinian patients for treatment in Egypt.

Around a year ago, 11 days of Israeli aggression on the Gaza enclave left dozens of deaths, damaged and demolished countless houses, left tens of thousands of Palestinians homeless, and destroyed scores of businesses.

While Egypt brokered in May 2021 a deal between Israel and Palestinian factions to stop the assaults in Gaza, it also allocated $500 million for the reconstruction of the strip through specialized Egyptian companies, a step that has been welcomed by world leaders.

In June of the same year, Egypt raced against time and sent a convoy of engineers and building equipment to the strip to kick off the reconstruction process, Egyptian state TV reported at the time.

The first phase included removing 85,000 cubic meters of debris and rubbles of buildings that were destroyed during the Israeli-Gaza war, the Egyptian National Committee for the Reconstruction of the Gaza Strip said.

Late last year, the committee announced launching the second phase of reconstructing the destroyed places in the strip.

The second phase plan was announced in a conference held at al-Mashtal hotel in the strip, in the presence of representatives of the Palestinian government and factional delegations.

In February, Palestinian Engineer Naji Sarhan, Deputy Minister of Housing and Public Works in Gaza told Associated Press (AP) that Egypt’s ongoing efforts within the framework of Gaza reconstruction include establishing three towns that are expected to accomodate about 300,000 residents.

Sarhan said work is underway to also develop Gaza’s main coastal road, expecting projects implemented in cooperation between the Egyptian and Palestinian companies in the enclave to be finished in a year and a half.

Alaa Al-Arraj, head of the Palestinian contractors' union, also told AP that the projects in the strip will help provide Palestinians with about 16,000 job opportunities.

Sarhan said on Monday that the Egyptian housing projects in the enclave are expected to be completed next year.