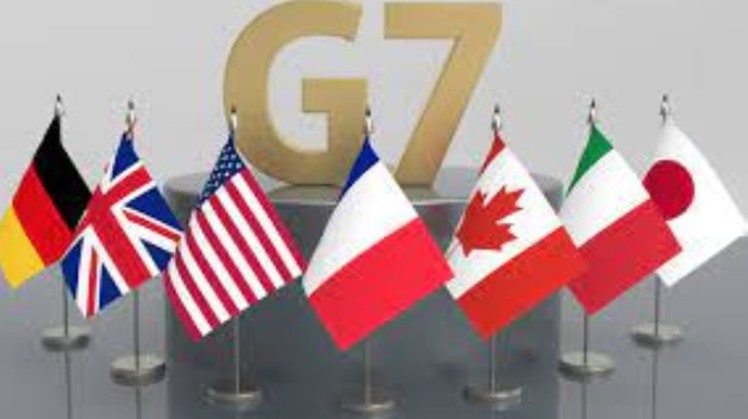 Wed, Jun. 15, 2022
CAIRO – 14 June 2022: The G7 ambassadors to Cairo released on Tuesday a joint statement asserting their countries' support to Egypt to overcome the grain crisis incurred by the Russia-Ukraine War, given that wheat prices soared by 160 percent and more challenges are looming.


The ambassadors of Canada, France, Germany, Italy, Japan, the United Kingdom, the United States as well as the European Union (EU) stressed in their statement that the solution to the disruption in the global supply chain of grains is ending the war.

The diplomats pointed out that the supply of half of Ukraine's wheat crop has stopped, and that Ukrainian farmers may not be able to cultivate wheat next winter. The statement added that Romania and Poland have been able to help through the urban transportation of grains.

The document highlighted that the offers Egypt received last week after inviting a tender involved smaller quantities of wheat at higher prices, whilst millions of tons await export amid the closure of Ukrainian ports.

Consultations with Egypt and other regional partners took place at various conventions.

These include last week's Mediterranean dialogue, which was held in Rome; ministerial-level meeting on food security invited by U.S. Secretary of State Antony Blinken in New York on May 18; and the upcoming similar conference that will convene in Berlin.

Further, President of the European Commission Ursula von der Leyen will hold a visit to Egypt this week, with food security being on the agenda.

The ambassadors concluded by asserting their states' support to Ukraine to produce and export staple foods in order to alleviate the crisis, which would by default benefit the Egyptian people.