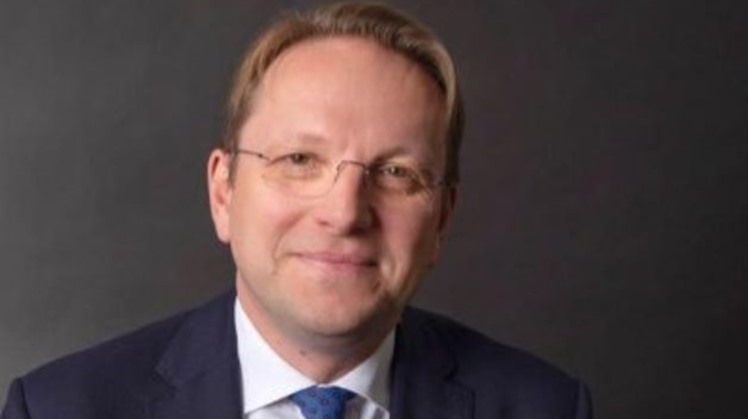 Tue, Jun. 7, 2022
CAIRO – 7 June 2022: European Commissioner for Neighborhood and Enlargement Oliver Varhelyi, who was on a visit to Egypt last week, told an Egyptian newspaper in an interview, published Tuesday, that the European Union (EU) is ready to broker a solution to the crisis caused by the Grand Ethiopian Renaissance Dam (GERD) among Egypt, Ethiopia, and Sudan.

The interview also covered the food and energy crises that ensued from the Russia-Ukraine War so as Varhelyi noted that the EU has allocated €100 million in grants to help Egypt sustain the strain of securing wheat. That is in addition to supporting the country's treasury with €118 million to overcome the challenges pertinent to water and energy.

The European commissioner similarly pointed out to more aid that will be provided to Egypt so it would not fall short of meeting the needs of migrants on its soil. That is in the framework of the state's success to inhibit illegal migration from its shores to Europe since 2016.

Varhelyi stated that as such the total amount of funds offered to Egypt in the current period is €300 million, highlighting that the assistance is rooted in the fact that Egypt used to fulfill 80 percent of its grain needs through Russia and Ukraine.

The commissioner added that 20 million tons of grains that were supposed to be supplied to EU countries by Ukraine are currently stuck, given that work has been suspended at seaports because of war. Hence, the union mulls transporting the cargo through railways.

Regarding the visit of President of the European Commission Ursula von der Leyen to Cairo, which will take place in two weeks, Varhelyi expressed hope that a trilateral energy deal will be sealed between Egypt, Israel, and the European Union.

"I think it (the deal) will take our partnership with Egypt to a whole new level. Egypt is already on the way to become a long-term energy supplier to Europe. We also hope, that through our contribution to Egypt's green transition and sustainable energy sector as well as the linkage that we are close to launch, to achieve that goal. As such, Egypt will become one of the major suppliers of green energy to Europe," the European commissioner for neighborhood and enlargement said.