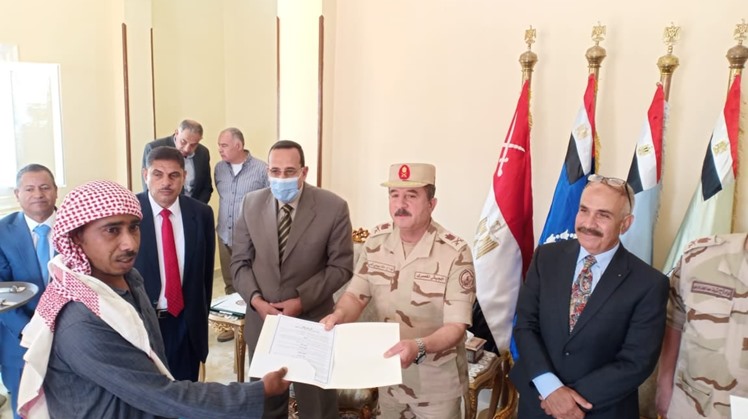 The project, implemented in coordination with the Egyptian Zakat and Charity House, aims to meet the Sinai community's needs.

It includes 25 fully-equipped Bedouin houses, a mosque, a hostel and handicraft centers, as well as a number of public facilities and services.

Bayoumi asserted that the General Command of the Armed Forces spares no effort to achieve overall development in the Sinai Peninsula and provide decent life for Sinai residents.

On their part, Sinai tribal chiefs expressed their happiness of the ongoing development efforts in the Sinai Peninsula, stressing the close relationship with the Armed Forces.

During the Egyption Family Iftar, held last Tuesday, and attendant by prominent political, religious, figures along with number of officials and members of the government, President Sisi welcomed the sheikhs [elders] of Sinai. He thanked them for their cooperation with the state and said that the government aim at achieving real development in Sinai.