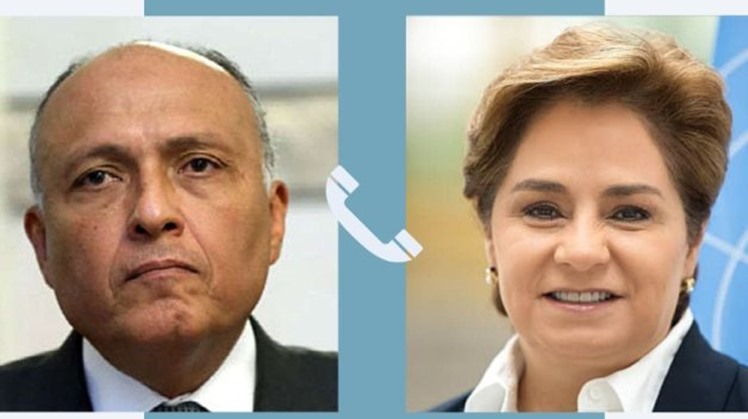 Espinosa congratulated Shokry on assuming the presidency of the coming conference of the parties (COP), scheduled for November 7-18 in Sharm El Sheikh.

In turn, Minister Shokry pointed out Egypt's priorities on climate change mentioned previously by President Abdel Fatah al-Sisi. Those are the reduction of emissions, mitigation of the impact of climate change, and securing climate funding to developing countries, particularly Africa as it is the most impacted by the phenomenon.

The Egyptian minister of foreign affairs and COP26 President Alok Sharma had met Saturday in Cairo to examine opportunities of cooperation over combating climate change.