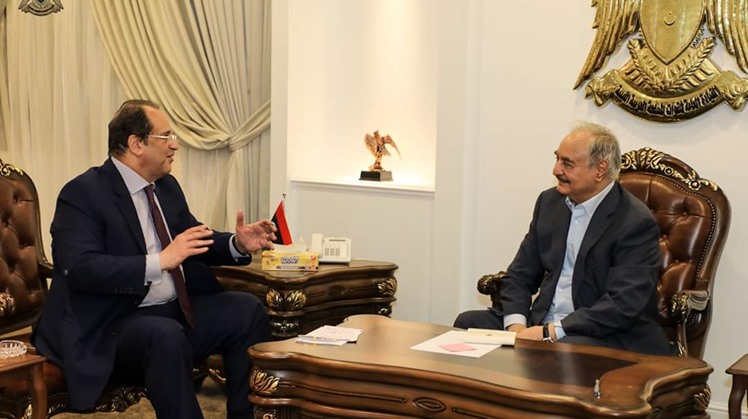 Wed, May. 29, 2019
CAIRO - 29 May 2019: On Tuesday, our director of the Egyptian General Intelligence Directorate (GIS), Abbas Kamel, met with the head of the Libyan National Army, General Khalifa Haftar. The meeting occurred in eastern Libya.

Khalifa Haftar, the head of the Libyan National Army (LNA) hailed the strong relations between the two countries, his expressed his admiration toward Egypt and Libya's bond.

During the meeting reviewed the latest developments in the Libyan arena.