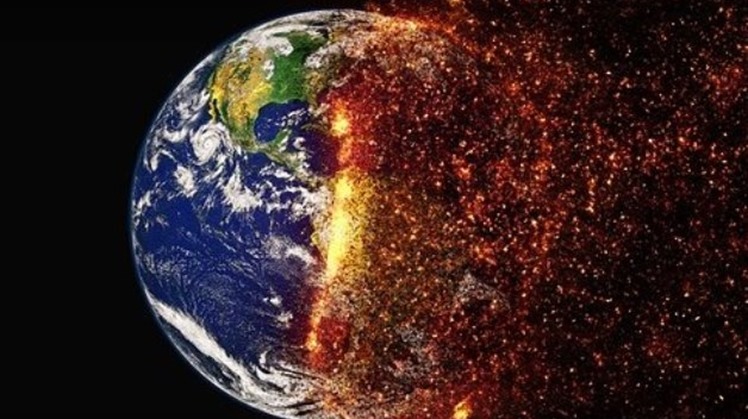 Several countries around the world had welcomed Egypt’s proposal prior to the decision. The Red Sea resort of Sharm el-Sheikh will host COP27 “on behalf of African nations,” President Abdel Fattah el-Sisi said in a speech at the COP26 in Glasgow earlier in November.

Egypt’s proposal to host COP27 was titled "Road to COP27...A United Africa for a Resilient Future.”

Minister of Environment Yasmine Fouad thanked African states and NGOS at COP26 in Glasgow on Thursday for endorsing Egypt’s offer, stating that it will be “a real African conference.” She thanked the UK for its efforts and initiative in COP26, promising to continue the hard work and to build bridges of cooperation, remove differences and find common ground.

“Egypt takes it upon itself to make every effort to achieve success in COP27 in facing this challenge that threatens the whole world, and will spare no effort to make COP27 hospitable and constructive for all,” Fouad said.

She added that COP27 will help and African countries and the most affected nations to swiftly begin their measures to confront climate change and adapt to its impact.

The President also called upon the developed countries to shoulder their responsibilities for reducing CO2 emissions in implementation of their international commitments, within the framework of the Paris Agreement and the UNFCCC, especially following the recent large-scale forest fires in various regions around the globe.

In Egypt’s proposal to host COP27, it said “Africa will continue to speak in one voice at climate change Conferences of Parties. The continent is the least contributing to global Greenhouse gas emissions but will be hit hard by the impact of climate change.”

“The upcoming COP 27 will build upon the previous success of the African Continent Priorities, mainly the African Renewable Energy Initiative and the African Adaptation Initiative. Africa needs technical and financial support to tap on the abundant renewable energy resources to secure clean energy necessary for achieving Sustainable Development Goals,” the booklet said.

“Africa needs the financial support of the international community in order to minimize impacts of climate change on achieving Sustainable Development Goals. In order to set global priorities to tackle climate change, it is critical to review the existing local and regional priorities to establish shared priorities across several levels of governance,” it added.

Egypt headed the UN Biodiversity Conference from 2018 to 2021, the longest period in the history of the agreement. During that time, Egypt was able to put Africa’s issues among the world’s priorities, and has since worked on a global framework for biodiversity after 2020, setting attainable goals through clear mechanisms, Sisi said on Oct. 12 as he handed the conference over to China.

Egypt has paid a great deal of attention to countering climate change in the past few years. It has inaugurated several solar parks and wind farms, including Benban Solar Park, currently the fourth largest solar power plant in the world and is set to be the largest, in an effort to use more clean energy. By 2030, Egypt plans to be using 42 percent of its energy from renewable sources.