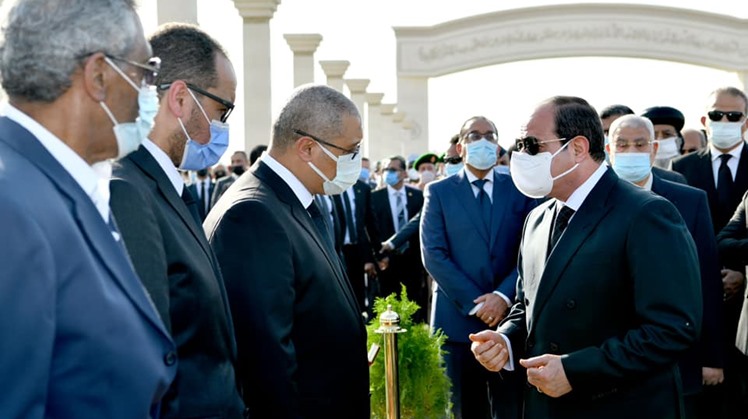 The funeral was attended by Prime Minister Mostafa Madbouli, Minister of Defense Mohamed Zaki, Speaker of the House of Representatives Hanafi el Gebaly, as well as a number of ministers and senior state officials.

Field Marshal Tantawy was born on October 31, 2021 in Aswan , and graduated from the Military Academy in 1956. The late commander was a war hero, who fought in the Six-Day War in 1967, and the War of Attrition that began in 1969 paving the way for the 6th of October 1973 War, where he led a very famous battle dubbed “The Chinese Farm Battle.” It took place on October 15, 1973 when troops freed a land that was planned for reclamation by the Egyptian government in Sinai, from Israeli occupation.e mosque during the funeral.

Tantawy came up through the ranks until he was appointed General Commander of the Egyptian Armed Forces, and Minister of Defense and Military Production in 1991. Two years later, he earned the Field Marshal rank, remaining in the position until August 12, 2021.

The president tweeted earlier: “I lost today a father, a teacher, and a person who was protective of his homeland. I learnt a lot from him about devotion and being a role model. That person is Field Marshal Mohamed Hussein Tantawy, who repelled the most vicious difficulties faced by Egypt in its modern history. I extend my deepest condolences to the great people of Egypt. I pray to God to cast patience and consolation upon the field marshal’s family.”