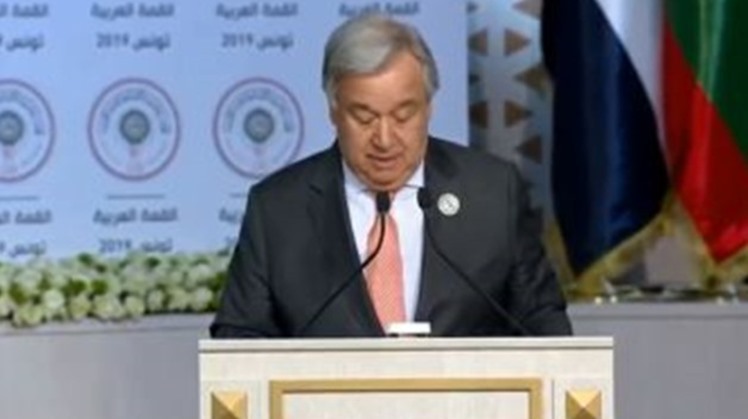 Sat, Aug. 28, 2021
CAIRO - 28 August 2020: UN Secretary-General Antonio Guterres has hailed Egypt's diplomatic role on all international forums and the ongoing cooperation between the country and the UN and its specialized international agencies in all domains.

Guterres' remarks came during his meeting with Egypt's Permanent Representative to the UN in New York Ambassador Mohamed Idris to see him him on the occasion of ending his tenure.

The Foreign Ministry said on Saturday that the UN secretary general praised support and ongoing cooperation between Egypt and the UN and its specialized international agencies in all domains.

That was reflected in successful efforts exerted by the two parties to handle several positions and crises at both the regional and international levels in order to back goals of the UN, stipulated in the UN Charter, the ministry said.

Guterres pointed out to Egypt's crucial role in supporting initiatives and reform efforts in the work of the international agency while chairing G77 and China in 2018 and its current presidency of the Peacebuilding Commission.

The UN secretary general appreciated efforts exerted by Idris during his work in New York.

Egypt has been elected to lead the United Nation (UN) Peacebuilding Commission for the first time, succeeding Canada, as Cairo seeks to focus on engaging all actors to prioritise “impact” in the support of national peacebuilding objectives.

According to an official statement by Idris said Egypt’s election to lead the commission’s 15th session was a successful outcome of Egyptian diplomacy over a decade and a half in supporting the structure of the UN for peacebuilding since its establishment in 2005.

The election results attest to the confidence of the UN and Africa in Egypt’s capability to continue contributing effectively to bolster the role of the commission, he added.