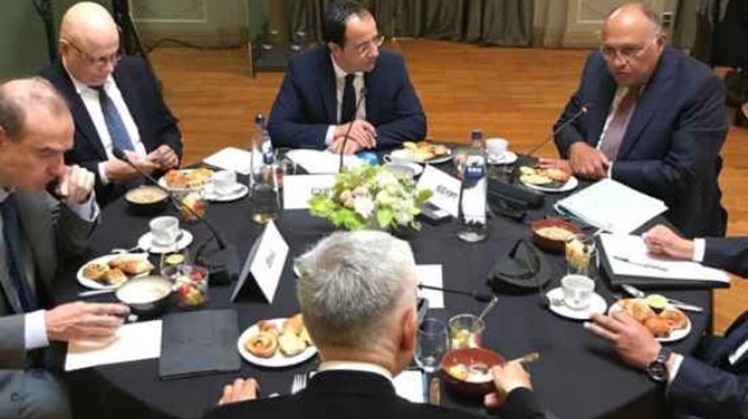 According to spokesperson Ahmed Hafez, the minsters tackled several national and international issues including illegal immigration and human rights.

The Minsters affirmed during the gathering the strategic relations between Egypt and the EU, which considers to be Cairo’s first trade and investment partner. The discussed the importance of increasing the European investment in Egypt.

The talks also tackled The Grand Ethiopian Renaissance Dam (GERD), the Middle East peace process and the situation in Libya.

The EU officials expressed appreciation to Egypt’s vital role in the MENA region on all levels to achieve regional security and stability.

Minister of Foreign Affairs Sameh Shokry headed Sunday to Brussels to deliver a message from President Abdel Fatah al-Sisi to the president of the European Union Council.

The minister had been to New York housing the UNSC's headquarters since July 4, and met with the UN ambassadors of both permanent and non-permanent member states as well as other countries.