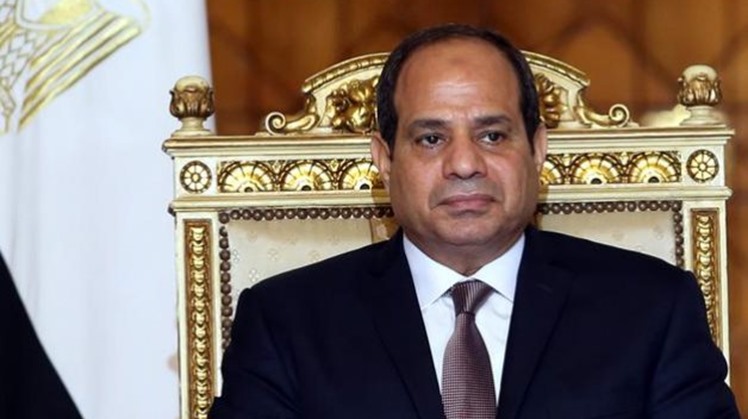 Wed, Jun. 2, 2021
CAIRO – 2 June 2021: Egypt’s President Abdel Fattah al Sisi directed, on Tuesday with the rapid sending and entry of equipment into Gaza Strip to contribute in the reconstruction process.

This comes in response to the request of Palestinian President Mahmoud Abbas [Abu Mazen], and based on the outcomes of Head of Egypt’s General Intelligence Service (GIS), Abbas Kamel meeting with the ministers of the Palestinian Authority.

Ministers from the Palestinian Authority are scheduled to arrive in Cairo, next week to coordinate on the reconstruction process per directives of President Mahmoud Abbas.

Abbas also directed the ministers to fully cooperate with Egypt to implement Sisi's initiative to reconstruct the Strip.

Earlier on Monday, Sisi said Egypt exerts great efforts to stabilize the ceasefire and open the door for the political process in cooperation with the international powers, topped by the US, calling on all regional and international powers to support Egypt's reconstruction efforts.

Head of Egypt’s GIS Abbas Kamel has conveyed, president Sisi messages during his visit to the Palestinian and Israeli lands.

His visit aims to solidify the Egypt-brokered ceasefire that stopped Israeli hostilities against the Gaza Strip. These hostilities caused the death of 254 Palestinians and destroyed dozens of homes.

On Monday, he inspected the proposed sites to begin the reconstruction initiative of Gaza strip and met with a number of leaders from Hamas.

Sisi’s messages during the visit were, “stressing the need to unify Palestine’s internal front under the umbrella of the Palestinian Liberation Organization, calling all regional and international powers to support Egypt’s efforts to reconstruct the Gaza Strip.

Sisi also assured that Egypt is exerting huge efforts to maintain truce reached between Palestine and Israel, and to pave the way for the return of the peace process in cooperation with international powers led by US. He stressed importance of delivering all humanitarian aid to citizens of Gaza Strip. And ensured full Egyptian support to the Palestinian people and leaders.

The Egyption President signaled importance of ending the Palestinian division.”