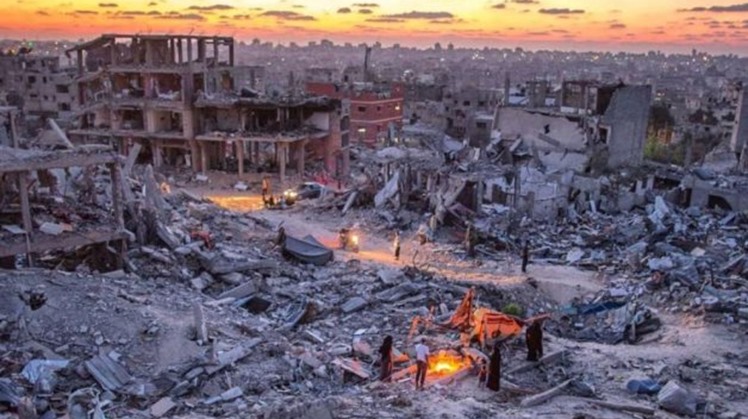 Sun, May. 23, 2021
AIRO - 23 May 2020: The UN Security Council has hailed Egypt’s efforts that contributed to reaching a ceasefire between the Palestinians and Israelis in the Gaza Strip, Al Arabiya reported.

In the first statement on the issue, Security Council members “welcomed the announcement of a ceasefire beginning May 21 and recognized the critical role Egypt, other regional countries” played in it, and emphasized “the immediate need for humanitarian assistance to the Palestinian civilian population, particularly in Gaza.”

The council also called for “the full adherence” to the cessation of hostilities, mourning the loss of civilian lives resulting from the 11-day conflict between Israel and Palestinians.

Palestinian President Mahmoud Abbas on May 22, received the Egyptian security delegation visiting Ramallah in the wake of the Egypt-brokered ceasefire that went into effect in Gaza.

Abbas paid tribute to President Abdel Fattah El-Sisi for the efforts Egypt has made in the way for de-escalation and the reconstruction of Gaza, the Palestinian news agency WAFA reported.

Abbas hailed the Egyptian efforts aiming to restore the political path to end the Israeli occupation of the Palestinian state.

US President joe Biden on May 20, thanked Egypt’s President Abdel Fattah El-Sisi and hailed the efforts exerted by the Egyptian senior politicians to reach a ceasefire in Gaza in remarks from the White House.

“I extend my sincere gratitude to president El-Sisi and the senior Egyptian officials who played such a critical role in this diplomacy”, Biden said.

He added that he “appreciates the contributions of other parties in the region who have been engaged in working toward the end of hostilities.”

“These hostilities have resulted in the tragic deaths of so many civilians, including children. And I send my sincere condolences to all the families, Israeli and Palestinian who have lost loved ones and my hope for a full recovery for the wounded,” Biden said.