Egyptian Center for Thought and Strategic Studies: No debtors in Egypt's prison soon 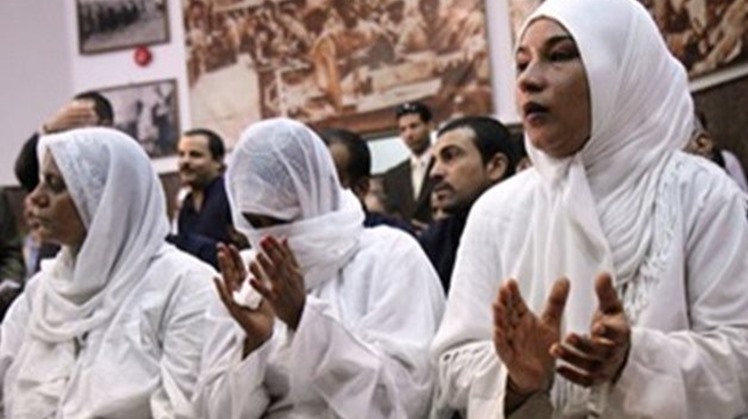 Tue, Mar. 23, 2021
CAIRO – 24 March 2021: Egyptian Center for Thought and Strategic Studies has released a study recently in which it shed the light on the phenomenon of debtors in Egypt, who end up in prison.

The study comes to discuss a potential end of debtors’ suffer in the country amid President Sisi’s directives to eliminate this phenomenon.


The study indicated that the phenomenon of women debtors has serious social dimensions. First, it sheds the light on poverty rates among women who are the breadwinners of many families in Egypt. Secondly, the consequences of the phenomenon exacerbate the rates of family disintegration and the displacement of children.

Who are women debtors?

According to the study, the term “debts” is applied to women who resorted to borrowing money to help their families improve economic conditions, and overcome poverty; they were unable to pay back on time, which led them to lay behind bars for long periods.

Two main reasons are the most common ones in cases of imprisoning women debtors, the first is when women borrow to purchase marriage supplies for her children who are getting married.

The second reasons is when a woman acts as a guarantor for one of her relatives, who is buying installments, and when her relative fails to pay, she becomes liable and is sued.

The study indicates that there are no official statistics on the number of women who are currently in prison in Egypt. However, some associations estimated the number to be between 30 percent to 35 percent of the total number of women prisoners, who amount to 30,000.


State’s efforts to reduce the phenomenon


The study indicated that the state, for years, has dealt with this phenomenon in one way, which is the release of some of the women debtors on special occasions and national holidays, especially on Mother’s Day. Under this strategy, the Ministry of Interior released many women from 2010 to 2013, where 568 prisoners were released in 2010, 358 in 2011 and 297 in 2012, while the number of debtors released in 2013 was 99.

By the year 2015, it appeared on the horizon that there was an alternative plan and a different treatment of the problem, so there were two lines working in parallel, the first being the amnesty for the women and their release on official occasions, and the second was the study of the phenomenon and its treatment, the causes of it, and the support for the women after their release. In addition to this, the plan included supporting female breadwinners so that they do not have to go through that experience again.

The initiative was established under the direction of President Abdel Fattah El-Sisi in 2018, and the Long Live Egypt Fund paid special attention to this issue, working on: social support, health care, economic empowerment, and education and training support for those groups most in need.

Nearly 30 million pounds have been allocated to implement this initiative, in addition to the release of 6,400 cases from various prisons until 2019.


The fund also had a previous similar experience, whereby an amount of 12 million pounds was allocated in 2016 to alleviate the distress of approximately 1,400 debtors. The fund also works to support small projects and launch many initiatives that enable families to find suitable income for them and protect them from falling into debt.


National Committee for the Welfare of Debtors


The committee was formed upon the assignment of President Abdel Fattah El-Sisi amid concerns to emphasize the governance of debt repayment, and to take preventive measures to protect citizens who are unable to borrow.

The committee also aims to unify the efforts of civil and religious associations working to pay off the debts, and to prepare awareness campaigns to promote a culture of rational consumption.

On the economic side, the Egyptian state has made many efforts regarding small and medium enterprises, as Law No. 152 of 2020 regarding the development of medium, small and micro enterprises gave incentives, exemptions and tax privileges from which women greatly benefited.