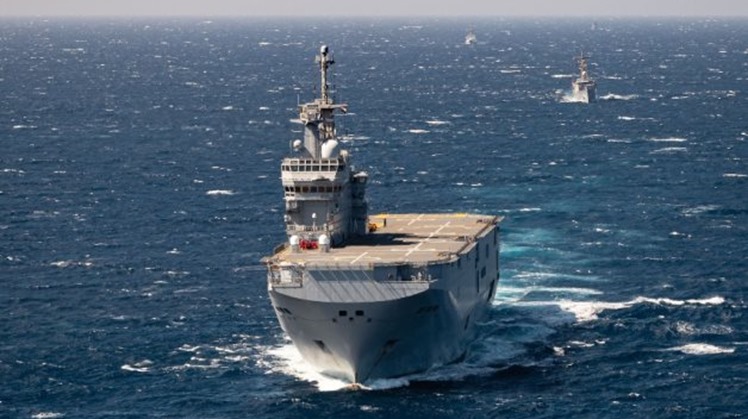 Mon, Mar. 8, 2021
CAIRO – 8 March 2021: The Egyptian and French naval forces conducted on Monday joint drills in the Red Sea, as announced by the spokesperson of the Egyptian Armed Forces.

On the Egyptian side, the warships that participated are frigate "Sharm El Sheikh" and corvette "Abou Qir." On the French side, the helicopter carrier "TONNERRE," and frigate "SURCOUF" took part in the exercises after visiting Safaga Port.

The forces trained on heterogeneous marine formations during the evaluation of the situation in an area of operations to determine the way of dealing with various threats. That is in addition to training on protecting a vital target in the sea against all possible threats as well as air defense methods and exchanging helicopter landing between marine vessels.