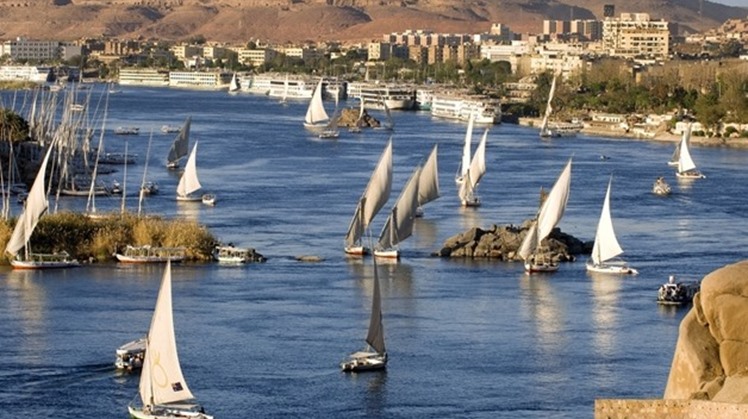 “The growth rate in investments financed by the public treasury and directed to Aswan governorate reaches 31 percent,” Saeed added.

This came in the report of the Ministry of Planning and Economic Development on the citizen's investment plan in Aswan Governorate.

With regard to the sectoral distribution of public investments targeted in the Aswan governorate with the 2021/2021 plan, Saeed indicated that investments worth LE 2.7 billion will be directed to the housing sector and slum development by 39.5%, and the irrigation sector is allocated to LE 1.2 billion, or 17.8 percent. The transport sector investments are LE 999.7 million, or 14.5 percent.

She pointed out to the local development sector, to which LE 383 million were allocated, or 5.5 percent, to the higher education sector, LE 317 million, or 4.6 percent, and to other sectors, investments worth LE 1.3 billion, or 18.1 percent.

The report stated that the most important development goals in the housing sector and the development of informal settlements in Aswan Governorate in the 2021/2021 plan are to direct about 1.7 billion pounds to drinking water and sanitation services, in addition to directing LE 181 million to road services in the governorate.

The Egyptian Ministry of Planning announced the features of the “Citizen Investment Plan” in the Aswan Governorate for the fiscal year 20/2021, as part of the continuation of announcing the citizen’s plan in all governorates of the Republic for the second year in a row, with the aim of activating community participation and involving citizens in planning and follow-up.

The Minister of Planning stressed, in a statement, Monday, that the sustainable development plan for the fiscal year 20/2021 attaches great importance to the development of Upper Egypt governorates with the aim of creating real, tangible and rapid development, which is reflected in improving the quality of life and providing decent living opportunities.

She added that the spatial dimension represents one of the main determinants for achieving comprehensive and sustainable development, in a way that ensures the achievement of balanced growth between the various regions of the republic and the governorates, pointing to the development plan’s interest in policies and potential programs aimed at achieving convergence in living standards and entry between regions by addressing development gaps and advancing development efforts in line with And the components, characteristics and priorities of each region.

She indicated that the potential development efforts focus on three things, namely giving advanced priority to the development of Upper Egypt governorates within the framework of a coherent and integrated development program, in addition to focusing on the rural areas most in need to narrow the internal gap and reduce the currents of migration to urban areas, as well as giving a development push. Strong for promising areas to exploit existing opportunities and provide more job opportunities for youth.