The Constitutional Amendments Reinforcing The Judicial Power In Egypt 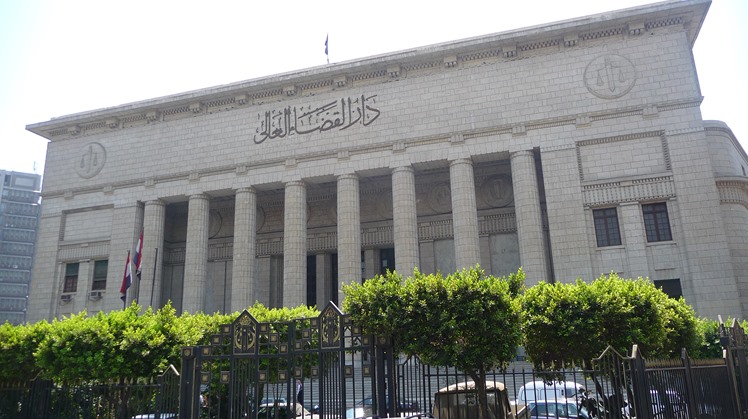 National Election Authority announced that the planned public referendum on the constitutional amendments will take place over 3 days starting April 19 for Egyptian expats, while locals inside the country shall vote from April 20 to 22.

One of the major alterations the new constitutional amendments are set to enhance once approved by the electors is providing the Judicial bodies and authorities in Egypt with more independence and power.

The President of the House of Representatives, Dr. Ali Abdel-Al, ensured that Article 185, which will be replaced during constitutional amendments once approved after the public referendum, will provide each judicial body or authorities with an independent budget, which will ensure the complete independence of the Judicial authority and its sovereignty.

He added that the article also provided for the appointment of the President of the Republic to the heads of judicial bodies and authorities among the oldest 7 of their deputies, so as not to provoke sedition within the councils of these bodies, adding that the nominations of the head of any judicial body or authority did not come from the President of the Republic, but from the judiciary itself, in order to preserve its independence.

He added that the article also confirmed the competence of the Supreme Council of the judicial bodies and authorities to consider the conditions of appointment of members and promotion and discipline, so that there is no discrimination against one another, adding that there must be a single rule for all parties and judicial bodies in the appointment or promotion of their members.

Find below the amendments approved by the Parliament:

After: Each of the judicial bodies or authorities shall has its own affairs, and shall be consulted concerning the draft laws regulating its affairs; each of these bodies shall have an independent budget.

The president of the republic shall appoint the heads of the judicial bodies or authorities, out of the oldest seven deputies of each of the heads, for a period of four years, or until their retirement age, whichever is earlier, and for one time throughout their terms of office, as regulated by law.

The council shall have a secretary who is appointed by the president of the republic for a period of time specified by the law.

In the absence of the president of the republic, he shall be replaced temporarily by who he authorises from among the heads of the judicial authorities.

Before: The Public Prosecutor shall be chosen by the Supreme Judicial Council from among the the deputy heads of the Court of Cassation, or the heads of the courts of appeal, or and the assistant attorneys for a period of four years or until reaching retirement age, whichever earlier, and for once.

After: The Public Prosecutor shall be appointed by a decision of the president of the republic out of three nominees from the Supreme Judicial Council, the deputy heads of the Court of Cassation and the heads of the courts of appeal and the assistant attorneys for a period of four years or until reaching retirement age, whichever comes first, and for once.

Before: The State Council is an independent judicial body exclusively concerned with the adjudication of administrative disputes, disputes concerning the implementation of all its provisions, as well as the adjudication of disciplinary cases and appeals. It is the only one concerned with giving opinions for the legal issues of the bodies determined by the law, revising the draft laws, the decisions that have a legislative character, the draft contracts which the law determines them and their values, and which the state or one of the public authorities are one of their parties.

After: The word “only” was removed, and the adjudication of the decisions of disciplinary boards was added to its responsibilities.

Before: The general assembly shall choose the head of the Constitutional Court from among the oldest three deputies of the Court’s head. It also chooses the deputies of the head and the members of its board of commissioners. The president of the republic shall issue their appointment decree, all as prescribed by law.

The head of the board of commissioners and its members shall be appointed by a decision of the president of the republic based on the nomination of the head of the Court, and after consulting the general assembly of the court, all as prescribed by law.