How The Constitutional Amendments Are Empowering Women in Egypt 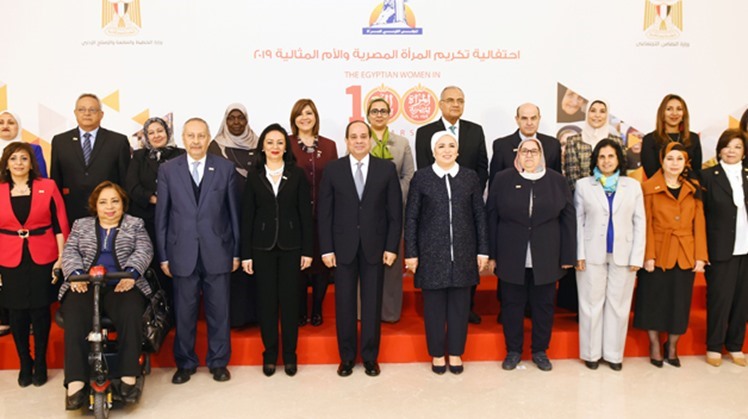 Egypt has witnessed notable positive progress on the women’s empowerment and gender equality agenda during the past four years. Progress is recognised on several levels, starting with a strong political will to fulfil women’s constitutional rights, and commitment that is evidence based as it becomes translated into strategies and programs that are implemented by state and non-state actors. The strong political will has created momentum and space that enabled stakeholders, including youth, academic institutions, legislators, religious leaders, rural women, and many others to advocate for--- and commit to the empowerment of women and girls at many levels. The Egyptian Constitution of 2014 established values of justice and equality and included more than 20 Constitutional Provisions that guarantee the rights of women in all spheres of life.

The 2019 constitutional amendments will preserve even more rights to women in Egypt, and empower them. The amendments of Paragraph 1 in Article 102 will guaranteeing Egyptian women at least one fourth of the number of the parliamentary seats.

The House of Representatives shall consist of at least 450 members, elected through direct and secret ballot. At least quarter the number of the parliamentary seats shall be given to women. 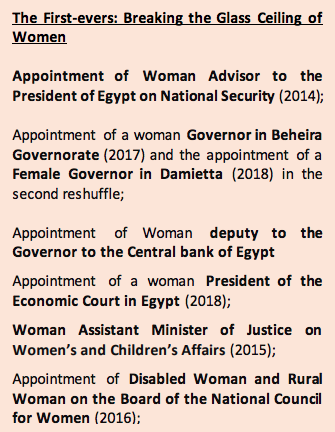 The United Nations Entity for Gender Equality and the Empowerment of Women (UN Women) praised Egypt's National Council for Women for its recommendations to empower women at the 63rd session of the Commission on the Status of Women, which took place this March at the UN headquarters in New York. 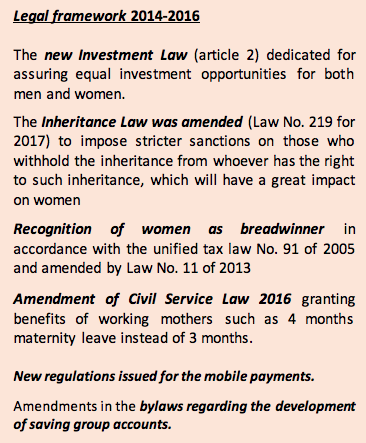 Maya Morsy, head of the Egyptian delegation to the UN session, reviewed Egypt's achievements in the empowerment of women, affirming its direct relation to sustainable development. She has presented some recommendations based on five axes:

“Strengthening the normative, legal and political frameworks in light of the rights of women granted by Egypt's 2014 Constitution, the national 2030 vision and the framework of the National Strategy for the Empowerment of Egyptian Women.” 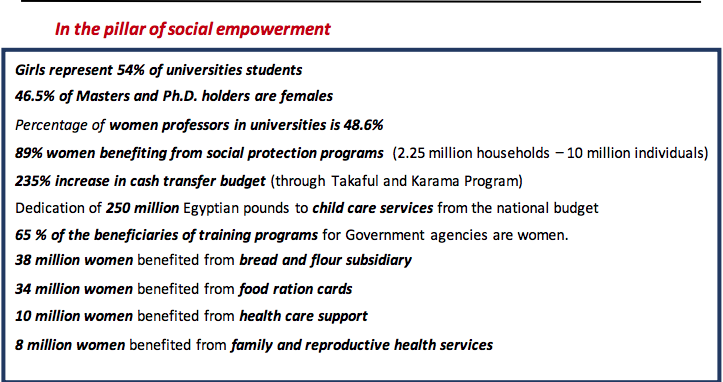 Now that the constitutional amendments will provide women with at least 25 percent from the seats of the Parliament, we have exceeded what Morsy considered already a major success to women empowerment in Egypt, especially that according to Mosry’s statement women in Egypt have assumed high-level posts, becoming the first national security adviser to the president, the first deputy governor of the central bank, and the first head of court, she added. 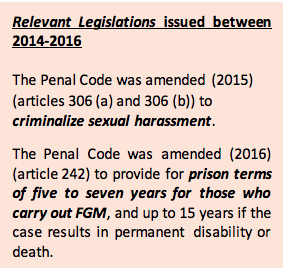