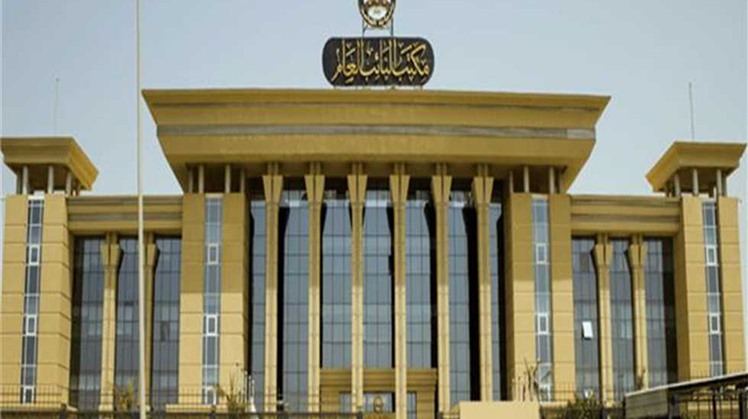 Wed, Dec. 30, 2020
The Public Prosecutor ordered that there is no reason in instituting a criminal case in the incident of killing and detaining and torturing the victim / Giulio Regeni and that’s due to the lack of knowledge of the identity of the perpetrator. Furthemore, there is no reason to institute a criminal case in the incident of stealing the belongings of the victim under duress, that left traces of wounds on him, and that’s due to their expiration with the death of the accused persons.

The investigations of the "Public Prosecution" into the incident began on 2/3/2016 with the discovery of bystanders the body of the victim thrown on the Cairo-Alexandria Desert Road - the top of the Hazem Hassan tunnel - and the investigations continued for nearly five consecutive years, during which the Public Prosecution gathered all the circumstances from the day of the disappearance of the victim until the appearance of his body, and revealed the details of the period he spent during his visit to the country, his residence in it, his multiple travels from it and his return to it after visiting various countries, including Italy, Turkey and Israel, and the investigations determined all the people the victim knew, Egyptians and foreigners, and what he undertook within the framework conducting his scientific research in Egypt on the trade union and labor movement, and independent unions, especially the Street Sellers and Irregular Workers Union under the supervision of the "American University in Cairo". The investigations also determined what happened to him in the last days before his disappearance, and on the day he disappeared in detail until his body appeared.

The "Public Prosecution" to investigate the incident took measures regarding the autopsy of the victim, stating the cause of his death, examining his clothes and the traces raised from the place where he was found, analyzing the victim's phone chip operations and the phone chips that were present at the last site he was seen at, and the site where his body was found, on the day of disappearance and finding of his body, and examining the monitoring machines on the range in which he disappeared, and the testimonies of more than one hundred and twenty witnesses were heard. The Public Prosecution requested, based on the results of those procedures, investigations to be carried out by more than one security authority. Among the results of the victim's contact, and in the framework of conducting his scientific research, he contacted a number of union members; Independent free professions, and some street vendors belonging to different political currents, and his presence in their places of gathering and in his conversations with them he criticized the behavior of some political currents in the country, the way they dealt with the political movement, and his statement that he feared some of them will affect the stability of the situation in Egypt, and the investigations had proven that the victim spoke to the street vendors about the regime in Egypt, assuring them that they had the power to change the situation there, similar to what happened in other countries.

Among the measures taken by the Public Prosecution was to inspect the victim’s residence in Egypt, as it became clear that his parents had collected all his belongings from the house, especially his computer, immediately after announcing his death, and before conducting the inspection.

Among the international judicial cooperation measures taken by the Public Prosecution to inform the Prosecutor of the Republic in Rome of the investigation process since its inception: It held fifteen bilateral meetings between the investigation teams in the two public prosecution during the period of the investigations, and sent five requests for legal aid to the Italian investigating authority that included substantive requests that will help uncovered the truth, and the aforementioned authority did not implement some of them - such as a request to send the victim’s laptop computer for examination and analysis of its contents, and the records of witnesses ’questioning referred to by the Italian investigation authority-, without providing acceptable reasons for their refusal, as it justified its refusal to respond to these requests by its commitment to the countries that they obtained from them these information in the investigations by not disclosing them to the "Egyptian Public Prosecution" or any other country, which is outside the scope of norms in international judicial cooperation procedures, given that the "Egyptian Public Prosecution" has the original jurisdiction to investigate the incident.

While the "Egyptian Public Prosecution" received four similar requests from the "Prosecutor of the Republic in Rome", it responded to many of what was stated in it, and did not respond to specific requests from them - such as the request for the movement of stations of all mobile phone service companies within the range of five metro stations for the period before the disappearance of the victim until several days after his body appeared, and a request to all the names of foreigners who were arrested in Cairo on the evening of the victim's disappearance...Some of these requests were not technically implemented, and some of them violate the privacy of many Egyptian citizens, and violate the basic rules for protecting human rights according to international instruments and charters.

In addition, the Egyptian Public Prosecution office sent requests for legal aid to both the United Kingdom and the country of Kenya, which included inquiries from the British University of Cambridge about the nature of the victim’s study, the reasons for his travel to Egypt, the question of supervisors about his studies and the method of financing it, and a request for statements by witness in "Kenya" who allegedly have heard a conversation between an Egyptian officer and another about the incident, but the two countries did not respond to these requests without giving any reasons.

On the other hand, the Public Prosecution launched investigations into the incident of finding the belongings of the victim in the residence of a member of a criminal gang on the twenty-fourth of March 2016, which revealed that its members committed crimes of theft of citizens and foreigners under duress, including Italian citizens, other than the victim, in the scope of the governorates of Cairo and Giza over a period of years and up to March 2016, which ended - based on corroborative evidence - that five members of that gang committed the crime of stealing the belongings of the victim under duress, leaving traces of wounds on him, and their deaths during the police attempt to arrest them, it is noteworthy that the "Public Prosecution" has singled out an independent investigation into the incident of their deaths as an independent one, in which it investigated the extent of the police bypassing them during their exchange of firing bullets while trying to arrest them. The Public Prosecution will announce the outcome of these investigations in an independent statement.

Investigations have begun about what the Italian investigative authority raised about four officers and a police member from the National Security Sector, and ended with excluding all that was attributed to them, and it became clear that all suspicions presented by the Italian investigation authority were the result of wrong conclusions that are not accepted by logic and do not agree with the internationally recognized criminal legal rules and basic principles of law, which require the availability of certainty evidence with absolute certainty and certainty of the right of suspects to be criminally prosecuted, and not relying on suspicions that do not rise to the rank of evidence or even indirect evidence, and the Italian investigative authority linked facts and evidence in a incorrect manner, which constituted an imbalance in the perception of the facts, a disturbance in the understanding of the nature of the work of police officers and their procedures and the nature of the investigation that was conducted about the victim's behavior, in addition to the Italian investigation authorities presenting testimonies and evidence that were withheld from the Egyptian Public Prosecution Office without presenting any official document confirming it, which does not comply with all criminal evidence laws, and conduct impartial investigations in accordance with legal procedures to reveal abstract facts.

The Egyptian Public Prosecution office refuted these suspicions, and provided palatable responses to them in detail, the most prominent of which was the conclusion of the Italian investigation authority that some suspects had been involved in the murder of the victim by merely investigating him after the report that was submitted against him questioning his suspicious behavior. The Egyptian Public Prosecution »Therefore, the victim’s behavior that is inconsistent with the research he was conducting was a sufficient reason for the security services to exercise their work and their legal duty to follow him through administrative investigation procedures that do not restrict his freedom or violate the sanctity of his private life, depending on the nature of his activity after he has placed himself the subject of accusation, the investigations confirmed that despite this surprising behavior, the investigation concluded that his actions did not constitute crimes against public security. Therefore, investigation of him stopped at this point, and no legal measures were taken against him.