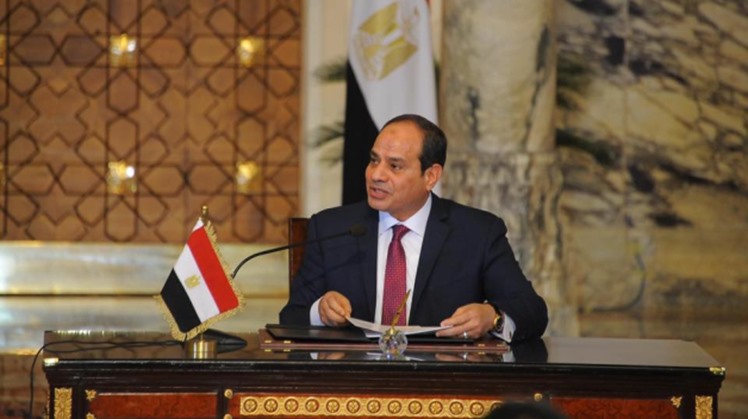 During a meeting with Head of the Armed Forces Logistics Authority Walid Hussein Abu Al Majd and Board Chairman of Amon Shipping Agencies Co. Yasser Heikal, Sisi added that developing the maritime transport would enhance mutual trade with the world in order to maximize Egypt's unique geographic location and the free trade agreements with countries around the world.

President Sisi also instructed officials to speed up the modernization of the maritime transport sector to achieve higher economic and investment revenues, according to Presidency spokesperson Bassam Rady.

He noted that the modernization process must be pursued in line with the determinants of Egypt's national security to contribute to the state's strategy to promote trade exchange with other countries, satisfy raw material needs and make the best use of Egypt's strategic location.

The meeting took up the executive steps towards the development and modernization of the state's maritime transport industry in coordination between the maritime authorities in Alexandria, Damietta, Port Said, and Red Sea governorates and relevant stakeholders, Presidential Spokesman Bassam Rady said.