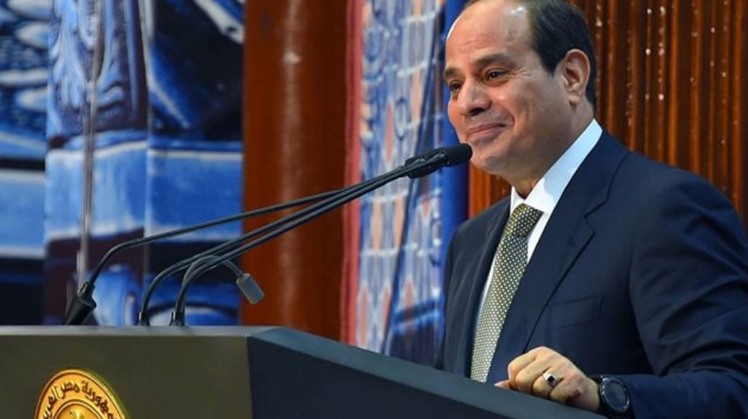 The president directed the expansion in such projects for their positive impact on public health, food security, and the economic status of citizens and the state. The president also instructed the allocation of LE1 billion to the National Veal Project aimed at increasing the number of cows, which currently stands at 6.1 million.

The meeting included a presentation on a mechanism adopted to rationalize irrigation water by extracting minerals from the water before irrigating lands. In addition to different methods used to rationalize water used in irrigation, the president instructed the localization of desalination technologies and carrying out studies in the field to achieve the best results.

The ministry is executing a national project for establishing dairy cow assembly centers across the country with the aim of improving production size and quality. The president instructed accelerating the pace of the project, and relying on expertise specialized in the field.

The minister of agriculture and land reclamation presented the studies conducted on introducing high meat and milk producing cattle breeds in order to reduce imports and empower small farms. Another project is underway to decrease imports. That is a program to locally produce vegetable seeds.

The president was also updated on the execution of the national project for developing north and middle Sinai, particularly on the planned pathways of irrigation water in the areas housing lands to be reclaimed, the use of available treated wastewater, and the treated wastewater expected to be secured through Sinai's Bahr al-Baqar plant.