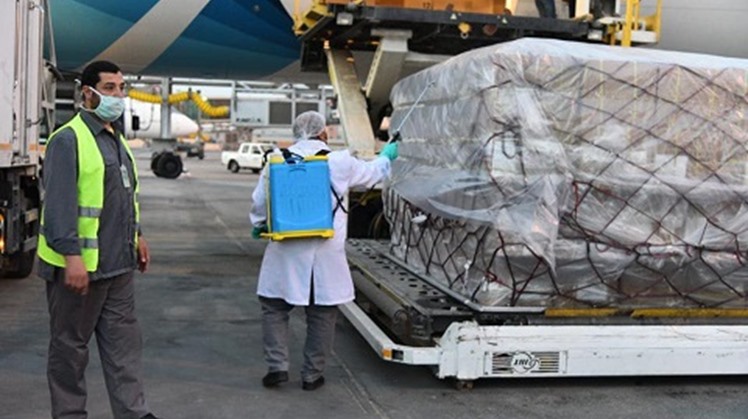 This is the third and largest batch Egypt has received from China, health ministry spokesman Khaled Megaged said in the statement, according to Ahram Online.

These supplies will be distributed nationwide among isolation, fever, and pulmonology hospitals, the statement added.

Chinese Ambassador in Cairo Liao Liqiang said the timing of the third batch coincides with the 64th anniversary of the establishment of diplomatic relations between Egypt and China, which falls on 30 May.

Liao said that in addition to the aid supplies, a number of organisations have given Egypt preventive medical supplies. He added that the countries produce half a million medical mask between them through the five production lines of the medical masks factory in Egypt.
Liao asserted that so far six meetings were held between health experts in Egypt and China through video conference to exchange experiences in fighting the coronavirus pandemic.

Egypt received on Sunday a second batch of medical aid from China which consisted of 10,000 N95 masks, 10,000 protective gowns and 70,000 coronavirus testing kits, which weighed an estimated 4.7 tonnes.

In March, Egypt’s health minister Hala Zayed travelled to China upon the directive of President Abdel-Fattah El-Sisi, to show solidarity with the Chinese people, and to hand out china a batch of medical aid.