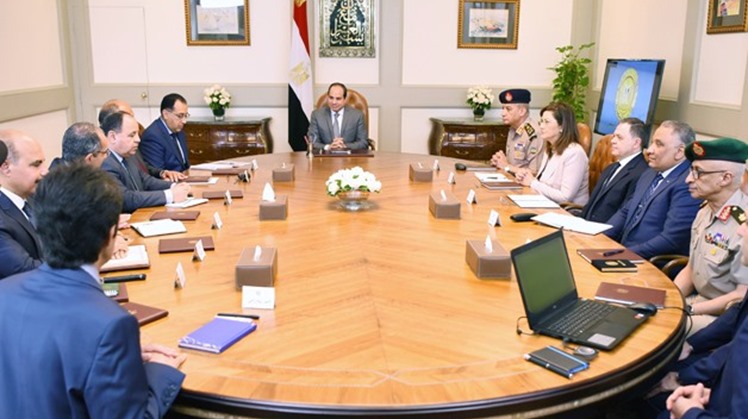 Mon, Feb. 10, 2020
CAIRO - 10 February 2020:The cabinet Monday unveiled the state's intentions to expand the logistic zones and franchises nationwide with a view to easing the supply of commodities and reducing the transportation fees that account for 30 percent of the total cost.

According to an infograph published by the cabinet media center, the expansion plan underscores the keenness of the state on providing high-quality commodities and food stuffs for citizens at low prices, in order to control markets across the country.

The plan targets setting up as many as 60 central and regional logistic zones nationwide by the year 2030, encompassing eight central zones and 52 regional ones, the infrograph showed.

The state seeks to take the number of franchise outlets from 669 to 1,895 nationwide by the year 2030, the infograph added