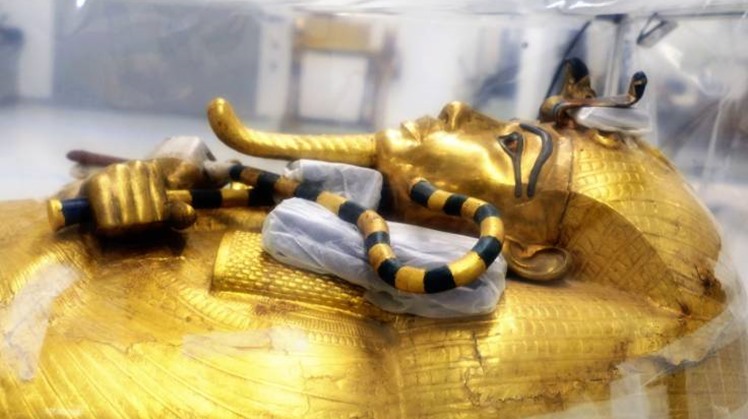 Sun, Aug. 25, 2019
CAIRO - 25 August 2019: New photos of the Ancient Egyptian tomb of King Tutankhamun have been released, showing his golden coffin in incredible detail at the start of a major restoration project of the 3,300-year-old artefact.

A statement from the Ministry of Antiquities said the boy pharaoh's outer coffin was taken to the Grand Egyptian Museum (GEM) on July 12 for "restoration and preservation." This is the first time authorities have carried out work on the coffin since it was discovered almost a century ago, in 1922.

"Preliminary examination carried out on the outer coffin inside the tomb revealed that it was suffering from general weakness and it had also developed cracks in its gilded layers of plaster, especially those of the lid and base," a statement from the Ministry said. "An immediate intervention to restore the coffin inside a suitable environment is now required." 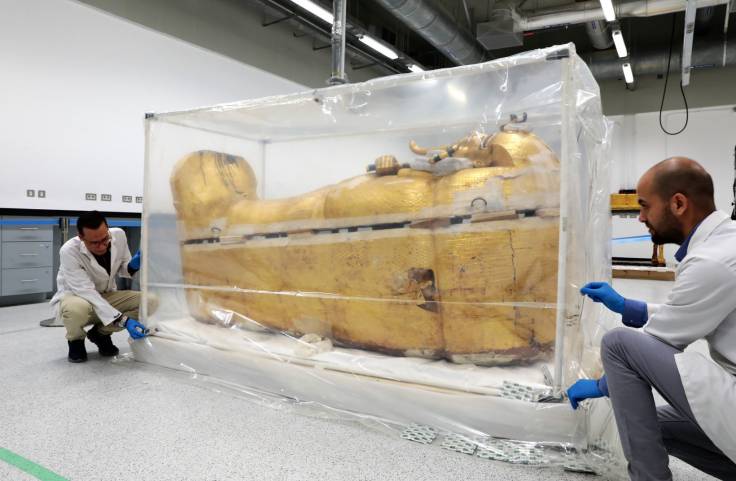 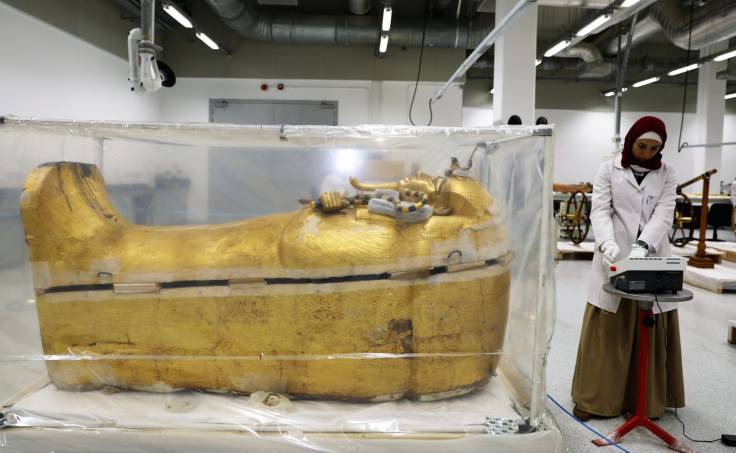 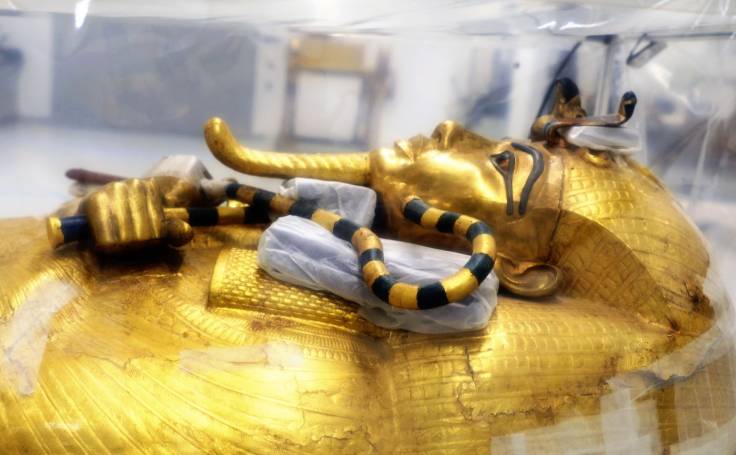