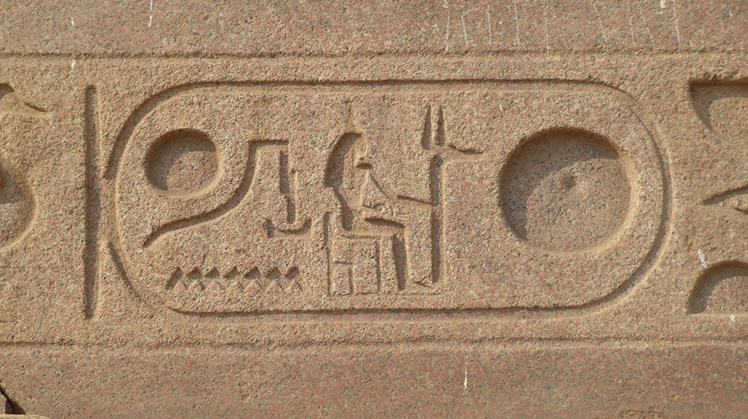 From an archaeological point of view, the design relied on the possibility of seeing the cartouche of King Ramesses II located at the bottom of the base of the body of the obelisk, which remained out of sight for nearly 3500 years. King Ramses II in a panoramic view.

In this regard, Menna Allah Taher, Coordinator of International Relations at the Grand Museum, said: This design is the first of its kind in Egypt and the world, which was designed by Major General Atef Moftah, the general supervisor of the Grand Egyptian Museum. His feet resting on the base of the obelisk, and the visitor’s head rises above the body of the obelisk. If the visitor raised his eyes to the top, then he saw the rare cartouche bearing the name of King Ramses II, which appears in the interior of the body of the obelisk, after it remained hidden from view for more than 3,500 years. Then, the emotional visual communication comes between the eye of the visitor standing in the distance between the base of the obelisk on the ground, and its body raised above the heads, which is a unique human feeling that occurs for the first time.

For his part, Dr. Issa Zaidan, Executive Director of the Transfer and Restoration of Antiquities at the Grand Egyptian Museum, said that the museum is unique in many things. Which dates back to the era of Ramses II, and we brought it from the San Al-Hajar area in several parts, where it was inspected by the engineer, Major General Atef Moftah, the general supervisor of the Grand Museum, and he saw that at the bottom of the body of the obelisk was a cartouche of King Ramses II, and with the discussion with the archaeologists and scholars in the museum, Where Major General Atef suggested showing that cartouche, and indeed he kept designing so that visitors could see the cartouche that had been inside the obelisk for 3,500 years, and he came out with a tight scientific design so that it would become the first hanging obelisk in the world, in a very dazzling panorama.

Dr. Issa Zaidan added, and the mechanisms for lifting the obelisk, which weighs 110 tons, were discussed. He told the engineer, Major General Atef Moftah, that he would design a base weighing 300 tons, so that it would remain suspended in its place over the coming decades. He also surrounded the main base with a trench, so that it would not be affected by factors. external such as earthquakes if they occur, so that the vibrations do not reach the body of the obelisk, indicating that the study to design the base took 6 months, so the matter was not easy, especially since it was the first time it was implemented in the world, and the obelisk was assembled and restored to become a single unit through the restorers of the Grand Museum in cooperation with The Supreme Council of Antiquities, so that the obelisk is raised on four columns, with the name of Egypt engraved in all the languages of the world, welcoming visitors.