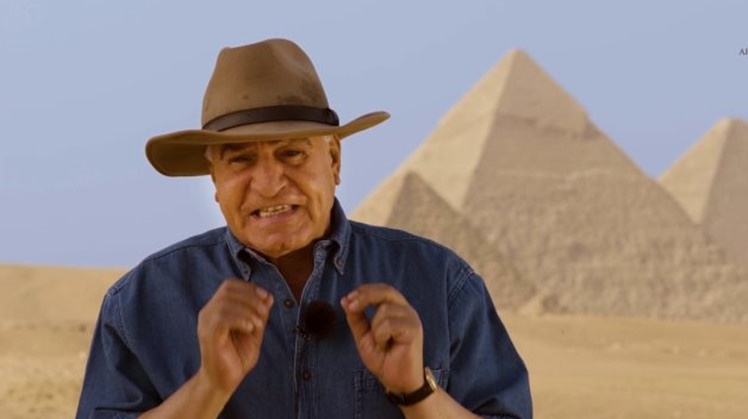 Sun, Jan. 15, 2023
Egyptian archaeologist Dr. Zahi Hawass announced that he will announce a new archaeological discovery in Saqqara on January 26 at an international press conference.

Hawass added, during his lecture on the sidelines of the Ramses and Gold of the Pharaohs exhibition held at the De Young Museum in San Francisco, USA, that he is looking for the mummy of Queen Nefertiti and Queen Ankhesenamun through the Egyptian project to study royal mummies.

This year, he will announce discoveries inside the pyramid of King Khufu.

Hawass stressed that Egypt is safe and that it is the only country in which a show of the largest fashion houses in the world, such as Dior in the pyramid and Stefano Ricci, was held in front of the Temple of Hatshepsut in Luxor, and Hawass invited the American people to visit Egypt.

Zahi Hawass had stated, in previous statements, about his readiness to announce a major archaeological discovery soon, saying: "In February, we will announce the discovery of the mummy of Queen Nefertiti and her daughter, Ankh-SS-Amun."

Hawass added, in his meeting with the media, Mona El-Shazly, on the “With You Mona El-Shazly” program broadcast on CBC, that despite the large numbers of pieces discovered in Tutankhamun’s tomb, he loves two of them, the first showing the great love between Tutankhamun and his wife Ankhesenamun. Where she puts her hands on the king's shoulder and offers him perfume.

Zahi Hawass continued: "The aforementioned piece is on the throne chair and shows the great love story that Tutankhamun lived with his wife, and the second piece that I admired, especially the dagger of King Tutankhamun, being the greatest piece of art and the one who made it gets a Nobel."