The Nile next to the pyramids.. A study reveals how the Egyptians benefited from the river's course 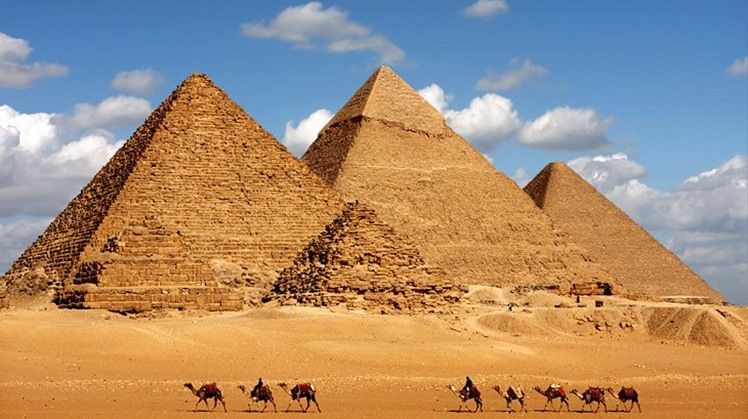 Thu, Sep. 22, 2022
A new study finds that when the ancient Egyptians built the pyramids of Giza about 4,500 years ago, the Nile River was close to the pyramids and the Nile was present with high water levels that helped workers transport materials to their construction site.

The study, published in the Proceedings of the National Academy of Sciences, is based on previous archaeological and historical discoveries that the Nile had an extra arm flowing by the pyramids came after analyzing ancient pollen samples taken from the soil.

The research sheds light on how the pyramids - the royal tombs of the pharaohs of Khufu, Khafre and Menkaure - rose to huge heights.

The study indicates that how exactly water levels have changed over the past 8,000 years, to reconstruct the past of the Nile, the team excavated in May 2019 in the Giza flood plain. The researchers measured the amount of pollen in different parts to determine how pollen levels changed over time. The study authors wrote that periods of time when water was plentiful should have had more pollen than periods when it was arid.

Pollen analysis revealed that at the time the ancient Egyptians built the pyramids at Giza, water was abundant enough for the Khufu branch to flow near the Giza pyramids. "It was a natural aqueduct in the time of the Fourth Dynasty [when the pyramids were built]," said study lead author Hader Shisha, a natural geographer at the University of Aix-Marseille in France.

Shisha pointed out that the water level is important for building the pyramid, and said, "It would be very difficult if not impossible to build the pyramids without a branch of the Khufu Nile and without a good level that would provide enough accommodation space for boats carrying such heavy stone blocks, and it is not certain exactly when it became extinct. Nile Branch But research has shown that 2,400 years ago the water level in the branch was very low.