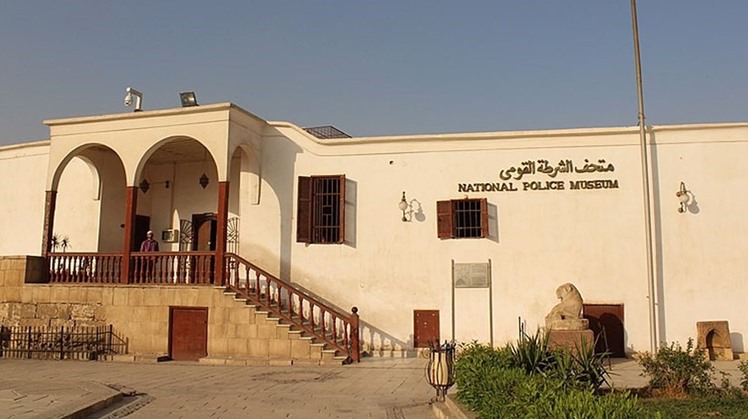 Sun, Sep. 18, 2022
Egypt knew security at an early age. Civilizations are always linked to the availability of security, and because Egypt is a civilized country, so we find security men part of its history. A tour of the National Police Museum in the Citadel is enough to realize that.

The Police Museum was inaugurated on January 25, 1986 AD, and the Police Museum departments received pictures of the Ministers of Interior since 1878 AD, starting with Mustafa Riad Pasha until 1984 AD, where the number of ministers reached 53, in addition to a personal picture of Muhammad Ali Pasha, weapons, shields, helmets and spears, in addition to A set of police badges.

The Department of the Interior has also prepared a brief on the role of the Antiquities Investigations Department and the legislation for the protection of archaeological heritage, as well as a brief summary of Adham Al-Sharqawi and his activities in the region, some counterfeit coins and machines used in forgery, the Department of Political Assassinations and the Battle of Ismailia.

The museum also displays the development of the police from the Pharaonic era to the modern era. The most important thing that attracts tourists and visitors to the Police Museum are two pictures of Raya and Sakina, who were a gang that kidnapped and killed women.
The same site was used as a prison also during the reign of the Mamluk princes and was demolished during the era of King Al-Nasir Muhammad bin Qalawun in 1338.
The Police Museum also contains many of the holdings of the Egyptian security services, old and new, as well as tools used in police stations, horns, police uniforms, and some pictures of famous officers.