200 Years Egyptology: Learn about the group statue of Ramses II 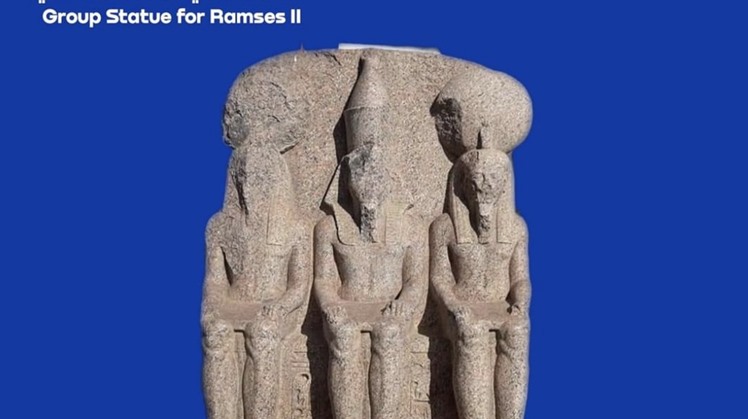 Thu, Sep. 15, 2022
The Ministry of Tourism and Antiquities continues the promotional campaign that it launched on its websites on various social media platforms, to highlight the most important and distinguished artifacts that were discovered within each of the Egyptian governorates, as part of the ministry’s celebrations this month of the 200th anniversary of the deciphering of ancient Egyptian writing and the emergence of ancient Egyptian writing. Egyptology.


This group statue depicts King Ramses II of the nineteenth dynasty seated and surrounded on both sides by the deities "Khepri" and "Ra-Hor-Akhti".
Numerous royal cartouches adorn the pedestal of the statue, which was discovered at Tell al-Maskhouta (east of the delta) during the excavation of the Suez Canal.

This group statue depicts the Dynasty 19 king Ramses II, flanked by the deities Khepri, linked with sunrise, and Re-Hor-Akhty (Horus of the Horizon’). The base of the statue is decorated with several royal cartouche.

‎‏It was discovered in Tell al-Maskhouta (east of the Delta) by the Chief Engineer for the Suez Canal Company, during the construction of the Suez Canal.