The Story of Wadi al-Jarf papyrus: the oldest written papyri ever found in Egypt 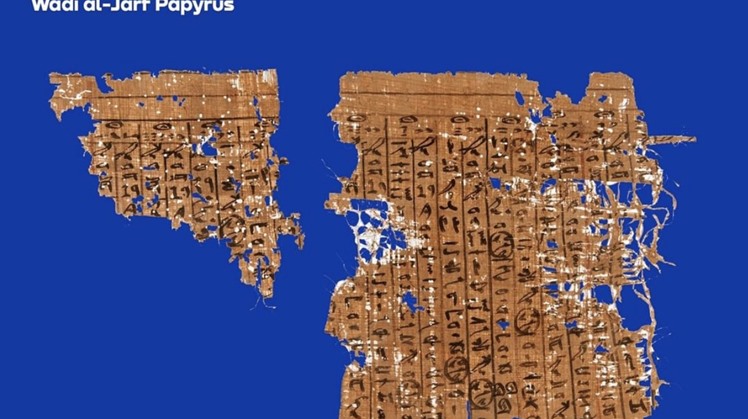 In 2013, entire papyri scrolls written in hieroglyphics and hieratic were unexpectedly discovered.

They are the oldest written papyri ever found in Egypt and include monthly reports and information related to the construction of the Giza Pyramid.

One of these papyri belongs to an official named Merer who oversaw a team of sailors. Merer used the papyrus to transcribe operation details related to the construction of the Giza pyramid and the moving of limestone to Giza by boat.
The logbook also states that in Khufu's 27th year of reign, the construction of the Great Pyramid was being overseen by Vizier Ankhhaf, Khufu’s half-brother.