Egypt's Min of Antiquities are completing the restoration of the gold shrine: The Temple of Habu in Luxor 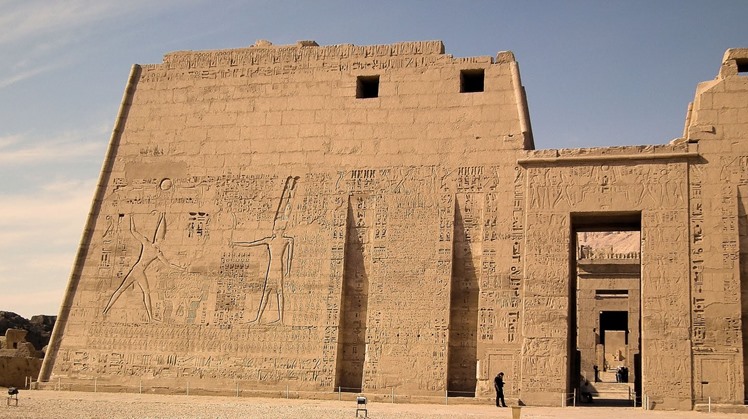 Sun, Aug. 7, 2022
One of the temples that commemorate King Ramses III, which is located south of the Thebes necropolis on the west bank of the Nile in the Lake District, is the Medinet Habu temple. The Supreme Council of Antiquities has completed the restoration of the golden shrine in the Temple of Habu on the western mainland in Luxor Governorate, so what is this temple characterized by?

The temple, as we mentioned, commemorates King Ramses III, the most famous ruler of the Twentieth Dynasty, the second pharaoh and the last ruler of the modern state in Egypt in the period 1183 BC. - 1152 BC. The Greeks knew him as: Rampsinitos, he followed his father Ramses II in initiating huge construction projects.

The reason for naming the temple is “Habu” in relation to the city of Habu in Luxor, while some refer to the name Habu or Habu to a Christian monk called Habu, who used the second courtyard of the temple as a church for Christians in this area, when Christianity entered the religion.

The temple is distinguished by its beautiful inscriptions of great depth, and its architecture and scenery have been painted with a warlike character, influenced by the battles fought by King Ramses III. It also includes a palace for King Ramses III, a chapel for the priest "Potakh Amon" and other chapels.