A recent study: the head of a 2,700-year-old mummy reveals new secrets about the ancient Egyptian 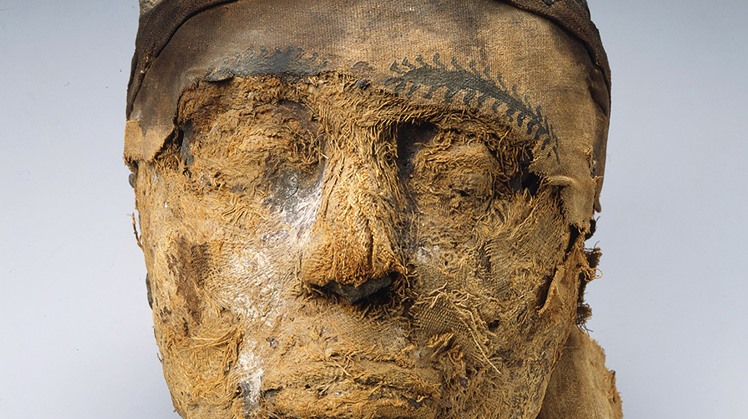 Thu, Jul. 28, 2022
Archaeologists and hospital staff in England work together, as they perform a CT scan on the head of an ancient Egyptian mummy, discovered in the 1820s and 2,700 years old, that someone owned in Ramsgate, a seaside town in Thanett in eastern Kent, England. The death of the owner of the house, his brother donated the head to the Canterbury Museums and Galleries group, according to the ancient-origins website.

X-rays taken in 2020 at Canterbury Crest University determined that the mummy was an adult female, but now, a detailed CT scan has revealed the volume of new data about the mummy before she died. around the object, to produce a high-resolution map of the scanned object.

The searches provided, "a huge amount of information, ranging from the condition of the teeth, to diseases and method of preservation, as well as aiding in our estimation of age and gender."

Scans revealed that the woman's brain had been removed. This was where the first part of the cleansing and embalming rituals and procedures took place. The embalmers used hammers and chisels to access the brain through the nasal bone, through which they inserted an iron hook and slowly pulled out the brain matter. The remains were retrieved by spoon and the cranial cavity washed with water.

Ironically, the ancient Egyptians believed a person's mind was "locked up in their hearts and cares little about the brain", and CT scans show "great diversity" in how brains are removed.

CT scans revealed that the woman's tongue was well preserved and that her teeth were worn. The former stands as testimony to the advanced methodology of ancient preservatives while the latter indicates that women were on a long-standing diet of rough foods. A "tube of unknown substance" was found trapped inside the mummy's left nostril. The same substance was identified in the spinal canal. The origins and composition of these obstructions are currently unknown, and may be recent, possibly from the Victorian era.

The team plans to use the newly acquired CT data to create a 3D replica of the woman's head. Furthermore, they will also attempt to reconstruct the woman's face in a 3D image "without revealing the actual artifacts."