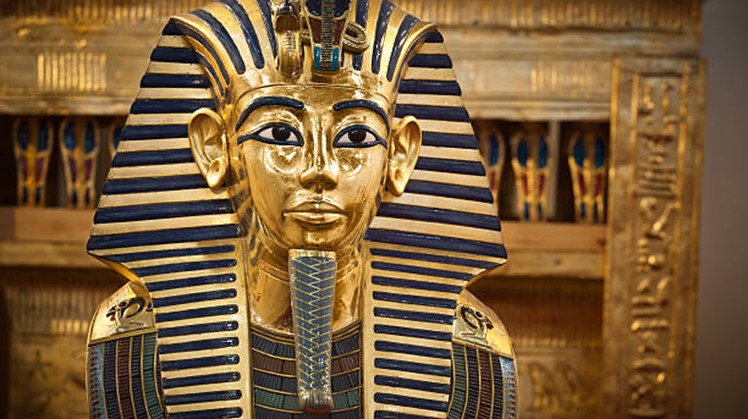 Sun, Jun. 26, 2022
The whole world is waiting to display the full possessions of King Tutankhamun in the Grand Egyptian Museum, which is currently being worked on, for the speed of its opening, as the collections of the young king in the museum, which exceed 5,000 pieces, are among the most important contents of the World Museum.

It is worth mentioning that on November 4, 1922, when the British archaeologist and specialist in the history of ancient Egypt, Howard Carter, was excavating at the entrance to the tunnel leading to the tomb of Ramses VI in the Valley of the Kings, he noticed the presence of a large vault and continued to excavate carefully until he entered the room that includes the tomb of Tutankhamun .

On the walls of the room containing the tomb were wonderful drawings that told in the form of pictures the story of Tutankhamun’s departure to the realm of the dead. ?" Carter replied, "Yes, I see wonderful things."

Carter had difficulty lifting the third golden shroud that was covering the mummy of Tutankhamun from the mummy.

After removing the shroud made of cloth, the mummy of Tutankhamun was found with all its decorations of necklaces, rings, crown and sticks, all of which were of pure gold. To remove these artifacts, the excavation team had to separate the skull and the main bones from their joints.