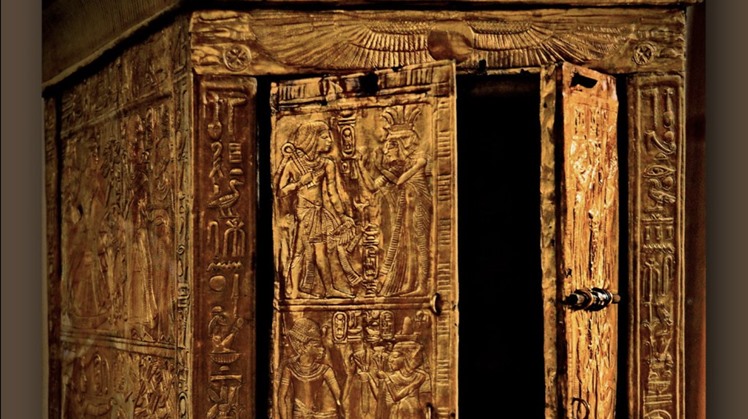 Sun, Jun. 19, 2022
The underworld known as Duat was one of the basic principles of ancient Egyptian life, and played a vital role in the way people lived their lives. The Egyptians believed that after death the soul would pass through Duat to reach Osiris, the king of the underworld. As a result, the practice of tomb building and mummification was very important. For the Egyptians - it not only protected the soul, but also provided an opportunity to store relics to help the dead on the journey to Duat.

Tutankhamun, the boy king, is an excellent example of this, as his tomb contains more than 5,000 artifacts stored including the embalmed remains of his daughters that the Egyptians believed would help him defeat evil spirits and demons all the way to the underworld.

Earlier this year a team of Egyptologists led by Ahmed discovered the memory of a "Nadra" tomb from the Old Kingdom with a dramatic door to what they believed to symbolize the underworld. The discovery was documented during the Smithsonian Channel's documentary Gravehunters, titled "A Remarkable Structure Inside an Ancient Cemetery: Door to the Underworld."

The film's narrator confirmed that the inscriptions had a prominent place in the center of the tombs that covered a type of panel called a "false door", which served as a "magic gateway to the afterlife."

In order for the soul - known as Ba - to travel to the afterlife and eventually return, the Egyptians believed that a portal was needed that would allow movement between the two worlds.

Egyptologist Alia Ismail told the documentary, "The false door is very important as the ancient Egyptians believed that the soul could move the soul between the two worlds, the world of real life and the other world... It is the gateway to freedom."