Learn about the activities of "Cairo, Capital of Islamic Culture" in May 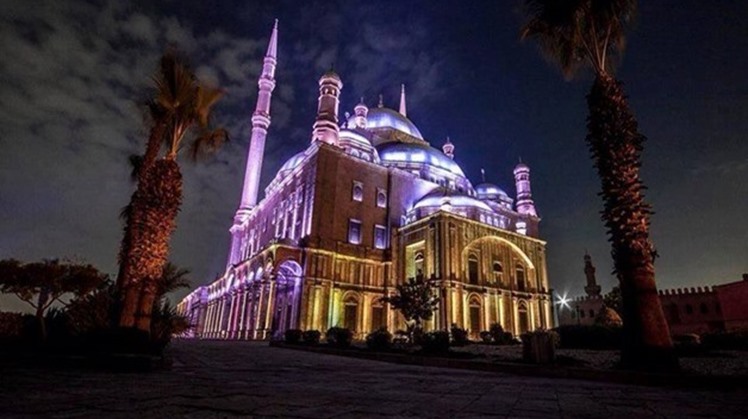 The activities of the "Cairo Capital of Islamic Culture" program include cultural exhibitions, workshops and seminars, film and theater screenings, as well as major conferences, festivals and exhibitions, as well as art concerts and various artistic concerts that combine the arts of music and singing, Arab and Islamic evenings, and evenings organized in cooperation with Arab embassies and Islam in Cairo.

During the month of May, the following events will be held:

Fine arts sector
1:24 May: Nahas workshop and decoupage workshop at the General Administration of Heritage Research Centers in the Fine Arts Sector
May 3: Children's drawing and coloring workshop (Islamic geometric motifs) an exhibition of works in Al-Ghouri Agency
1: 31 May: An online competition for talented people “making a documentary film about Historic Cairo” (Cairo and a thousand minarets) at Ramatan Cultural Center
May 12: Screening of a documentary film on “Islamic Cairo and its most prominent monuments” and an introductory symposium on the most important Islamic antiquities was held in cooperation with the Egyptian Nawaris Association
- “Arabic-Islamic Calligraphy and Islamic Ornaments” workshop at Ramatan Culture Center
May 15: Symposium on “Cairo’s pivotal role in Islamic culture throughout history” by the lecturer Ahmed Al-Mansi at the Mansoura National Museum
- “Photographing about Islamic Cairo Landmarks” competition, in cooperation with the group: meem
- Workshops on “Producing a group of documentary films about Historic Cairo”
It includes: (screenwriting workshop, directing, editing, production) and special films are shown, under the supervision of Dr. Nader Rifai, director Ahmed Adel, producer Reham Abu Rida, at Al-Hadara Cinema 2 at the Egyptian Opera House

General Authority for National Books and Documents
May 26: A scientific symposium “Cairo between Authenticity and Modernity” accompanied by the exhibition “Cairo Mosques” at the authority’s headquarters