Rosetta Stone, coffins and pharaonic mummies.. Learn the history of Egyptian antiquities at the British Museum 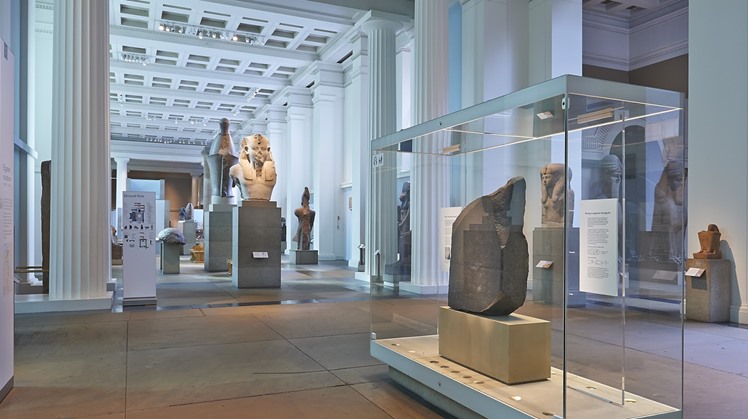 Sat, Jan. 15, 2022
Today marks the 253rd anniversary of the opening of the British Museum, which opened on January 15, 1759. It is a museum and public institution dedicated to human history, art and culture. The museum's permanent collection of about eight million works of art is among the largest and most comprehensive in the world.

The British Museum is the oldest national public museum in the world, and the museum building is one of the most prominent examples of the Greek Revival style.

Egyptian antiquities have formed part of the British Museum’s collection since its founding in 1753 after receiving 160 Egyptian artifacts from Sir Hans Sloan, after the defeat of the French forces under Napoleon in the naval battle of Abu Qir in 1801, the British army confiscated the Egyptian antiquities collected and presented them to the British Museum in 1803, these works, which included the famous Rosetta Stone, were the first significant group of large sculptures acquired by the Museum. Subsequently, the United Kingdom appointed Henry Salt a consul in Egypt who amassed a huge collection of antiquities, some of which were assembled and moved with great ingenuity by the famous Italian explorer Giovanni Battista Belzoni. Most of the antiquities collected from the salt were purchased by the British Museum and the Louvre.

By 1866, the collection consisted of about 10,000 pieces. Relics from excavations began to come to the museum in the latter part of the nineteenth century as a result of the work of the Society for the Exploration of Egypt under the efforts of Wallis Budge. Over the years more than 11,000 objects have come from this source, including pieces from Tell el-Amarna, Tel Basta, and Deir el-Bahari. Other organizations and individuals have also excavated and donated antiquities to the British Museum, including the Flinders Petrie Research Account in Egypt and the British School of Archeology in Egypt, as well as the Oxford University Expedition to Al Quwa and Faras in Sudan.

In the fall of 2001 the eight million pieces that make up the museum's permanent collection were expanded with the addition of six million pieces from the Wendorf Collection of Egyptian and Sudanese prehistory, donated by Professor Fred Wendorf of Southern Methodist University in Texas, and comprised of a complete collection of artifacts. and ecological remains from his excavations at prehistoric sites in the Sahara between 1963 and 1997. Other fieldwork groups have recently come from Dietrich and Rosemarie Klemm (Ludwig Maximilian University of Munich) and William Adams (University of Kentucky).

The British Museum's seven permanent Egyptian galleries, which have the largest exhibition space (Room 4, for monumental sculpture), can display only 4% of their Egyptian holdings. The second floor galleries house a selection from the museum's collection of 140 mummies and coffins, the largest outside the museum Egyptian. A high proportion of the collection comes from tombs or contexts associated with the cult of the dead, and these pieces, particularly mummies, remain among the most sought after exhibits by museum visitors.