The National: Egypt's Avenue of Sphinxes spectacle in Luxor - everything to know 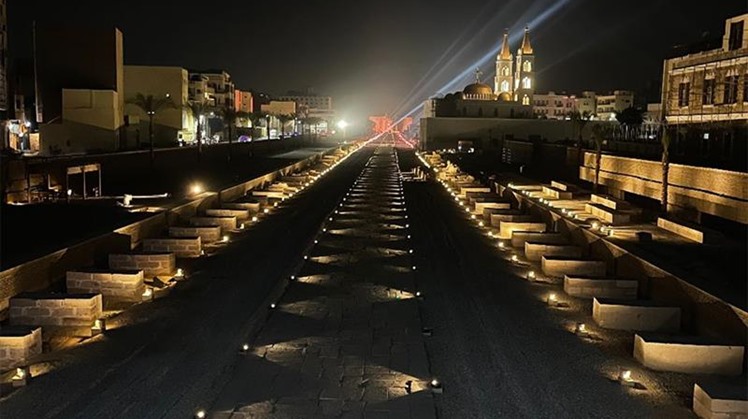 Thu, Nov. 25, 2021
Anticipation is building in Egypt ahead of Thursday's opening of Luxor's newly restored Avenue of Sphinxes in a grand spectacle of dance, light and sound.

Sections of the historical Egyptian city, formerly known as Thebes, have been closed for a procession along the 2.7-kilometre route from Luxor Temple to Karnak Temple, the country’s second most-visited site after the Pyramids of Giza.

What is the Avenue of Sphinxes event?
The grand sunset celebration will feature a parade, chariots, boats and hot-air balloons.

President Abdel Fattah El Sisi is scheduled to arrive at Luxor Temple at sunset to start the parade, which will pay homage to the city and its history as a former capital of the pharaohs.

Simultaneously, three pharaonic-style boats will set sail from the eastern bank of the Nile, while the temple of Hatshepsut and the Colossi of Memnon will be lit up on the west bank.

Each boat, built for the event, pays tribute to one of Luxor's three most revered pharaonic deities – the sun god Amun Ra, the moon god Khonsu and the mother goddess Mut.


A guard stands at the restored Avenue of Sphinxes in Luxor, Egypt. All photos: EPA

A number of hot-air balloons will float over the parade to highlight one of the most popular tourist activities in the city.

Hundreds of Luxor residents have been practising the parade for months. The rehearsals lasted well past midnight on Wednesday, with blaring orchestral music ringing out throughout the city as sound engineers made their final checks.

The start of the procession will be marked by a performance from the Egyptian Philharmonic Orchestra, which will play the anthem of Amun Ra.