An international celebration in Luxor... When did the excavation work on Sphinxes Avenue begin? 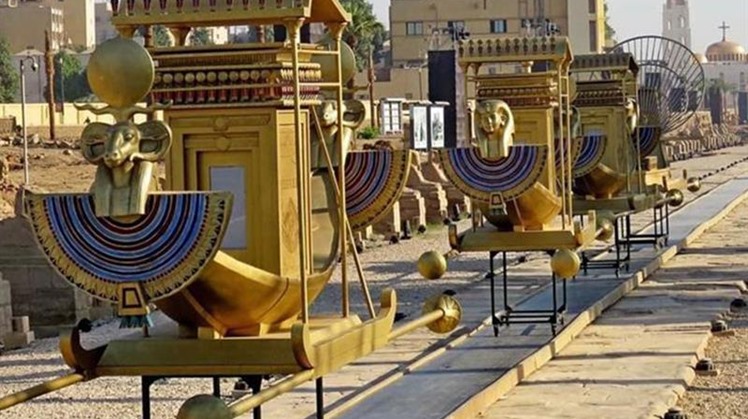 Thu, Nov. 25, 2021
In a major celebration that will fascinate the whole world, the Rams Road will be opened in Luxor, which dates back to more than five thousand years, when the kings of Pharaonic Egypt in Thebes (now Luxor) built the path of rams for their sacred processions during the celebrations of the Opet festivals every year, and the king was leading the procession and following it The people, such as ministers, senior priests and statesmen, in addition to sacred boats loaded with statues of symbols of Pharaonic religious beliefs, while the people line up on both sides of the road, dancing and cheering in joy and happiness.

Excavations began on the road at the end of the forties of the twentieth century by the archaeologist Zakaria Ghoneim, where in 1949 he discovered 8 statues of the Sphinx. 1964 revealed 64 statues of the Sphinx, and Dr. Muhammad al-Saghir in the mid-seventies until 2002 AD discovered the road extending from the tenth edifice to the Temple of Mutt and the road adjacent to the Nile, and Mansour Brik in 2006 re-excavated to reveal the rest of the road in the areas of Khalid bin Walid and Road The airport and Al-Matahn Street, in addition to the resurrection of the maintenance of the discovered archaeological evidence, its architectural lifting, and the recording of soil layers to know the history of the route of the great processions through the ages.