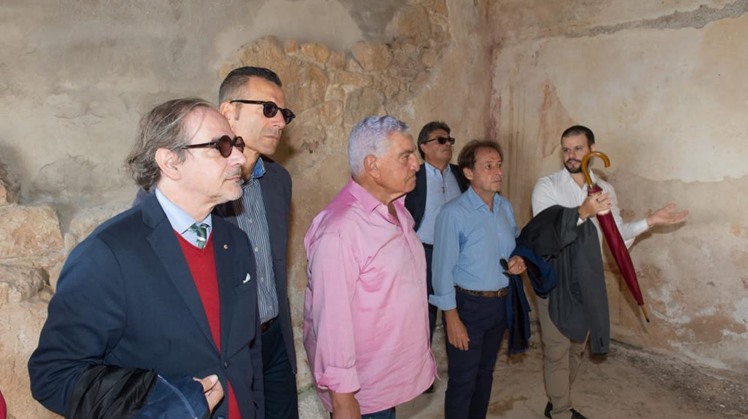 Wed, Oct. 13, 2021
The Egyptian archaeologist, Dr. Zahi Hawass, inspected the new archaeological discovery in Italy, which is being carried out by the excavation mission of the University of Palermo. The excavations resulted in the discovery of a huge city dating back to the Hellenistic era until the Roman era.

Lolca Orlando also received the mayor of the city, Dr. Zahi Hawass, who is considered the most famous mayor in Italy, who fought against the mafia and wrote a book about the mafia published in all languages ​​entitled “War with the Mafia.” It is also known that this mayor is a supporter of the Palestinian cause and puts the flag of Palestine on The entrance to the mayor's headquarters, and the mayor praised the boom taking place in Egypt and the archaeological discoveries that took place in it, and the efforts of the Egyptian government in preserving antiquities and heritage.


The Hellenistic era is a period in ancient history in which Greek culture was rich in many aspects of civilization at that time, and it began after the death of Alexander the Great in 323 BC, and lasted about 200 years in Greece and about 300 years in the Middle East, and the term Hellenistic is used to distinguish this period About the Hellenistic period, the period of the ancient Greeks, which was considered the height of the genius and greatness of Greek thought, science and philosophy under the Athenian Empire.

The term Hellenistic was introduced by historian Johann Gustav Driesen in the middle of the nineteenth century. He coined the term Hellenistic to refer to the period in which Greek culture spread in the non-Greek world after the conquest of Alexander.