Egypt: The discovery of a new ram's head on the Rams Road in Luxor 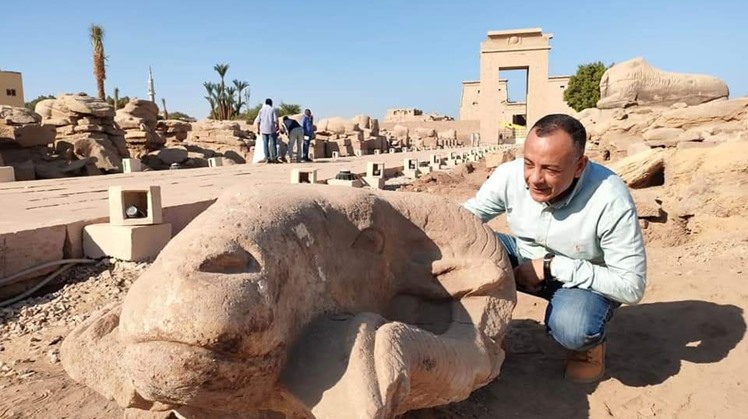 Thu, Oct. 7, 2021
The Secretary-General of the Supreme Council of Antiquities announced the discovery of a new archaeological find on Al-Kabash Road in Luxor, which is a new ram's head.

Dr. Mustafa Waziri said that the Prime Minister assigned the Minister of Tourism, Antiquities and Local Development to go to Luxor to follow up on the development of Rams Road and the archaeological sites in Luxor.