The story of civilization: paper is one of the greatest blessings of the Egyptians to the world 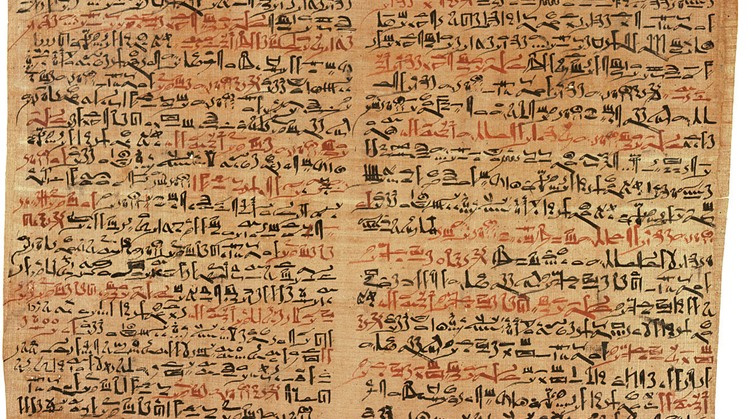 Wed, Sep. 22, 2021
We continue the series of Egyptians' lives, and continue what we started with reading the story of civilization by the famous world historian Will Durant, and stop with paper and its importance in the ancient Egyptian civilization.

The student in the elite groups was allowed to use paper, which is one of the most important commodities in Egyptian trade and one of the greatest immortal blessings that the Egyptians bestowed on the world. .

We calculated as evidence of his good workmanship that what was written on it from the manuscripts five thousand years ago is still coherent and easy to read until now. of them sometimes about forty yards; And it rarely exceeded this in length, because there were no historians in Egypt who were fond of quibbles and idle talk.

And they were making black ink that does not fade by mixing cymbals and vegetable gum with water on a board of wood. As for the pen, it was a simple piece of wood whose tip was treated to be like a painter's pen.