1st Egyptian in America’s Got Talent for Playing The Flute Recorder and Beatboxing: Medhat Mamdouh 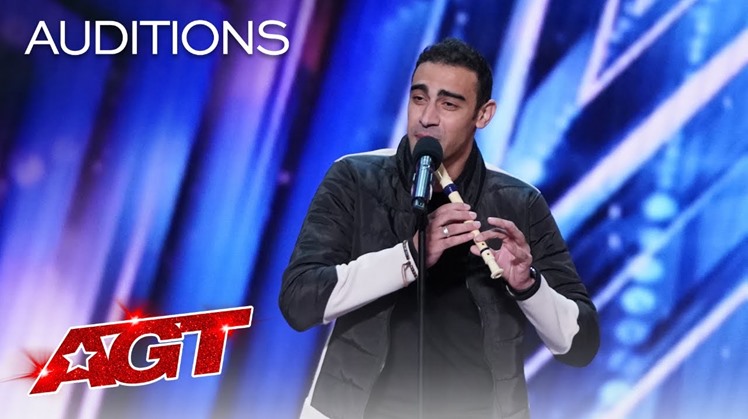 Mon, Jul. 26, 2021
Twenty-eight years of age, Medhat Mamdouh boasts a unique talent of playing the flute recorder, but the story goes back in time when he was 12 or 13 years old when he began progressing this talent but was too shy to play in front of anyone including his family.

The years pass by and there comes a day while in college where he performed in front of a lot of people and this was a turning point in his life. He then decided that he will pursue his passion for this instrument and make his dream of growing internationally come true.

From this day onwards, Medhat seized every opportunity to perform and was on stage of his college theater, Saqyet El Sawy and several others, until one day he decided participating in Arabs Got Talent. Medhat earned well-deserved fame for his brilliant skill and talent.

Wanting to sustain where he reached and how far he’s come, Medhat made a strong comeback after some time of inactivity with his video ‘My War’ which achieved 100 million views from around the world and achieved high number of shares.

Medhat has participated in many concerts and performed in several countries including Austria, UAE, Lebanon, and Germany. He also participated in internationally renowned shows such as Cirque de Soir and La Perle directed by Franco Dragone.

Today, we are proud to see Medhat as the first Egyptian participitaing in America’s Got Talent and we are confident that he will get jaws dropping with his breathtaking performance and distinctive skill.