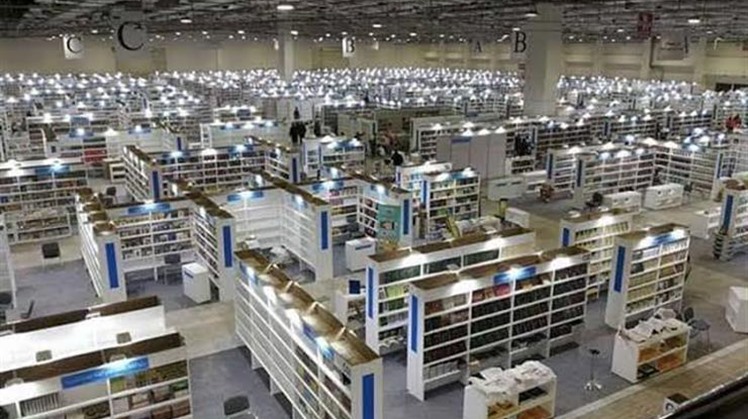 Tue, Jul. 13, 2021
The Egyptian General Book Authority, headed by Dr. Haitham El-Hajj, succeeded, during the activities of the 52nd Cairo International Book Fair, at the Egypt International Exhibition Center, in the Fifth Settlement, which started on June 30 and will continue until July 15, by offering a number of publications at an affordable price, to stimulate On reading, how much has the authority's sales volume reached in general?

The authority achieved sales of more than 74,000 titles, and that is the total sales volume during the 11 days since the exhibition was launched, and the number of copies sold within the Your Culture Your Book initiative reached 61 thousand copies, bringing the sales volume to one million and 83 thousand pounds.

The list of top-selling titles and a turnout of visitors included the books "The Character of Egypt 4 Parts", The Plague, Difficult Times, Brothers Enemies, Christ Crucified Again, A World Inhabited by Animals, the Tatar Desert, The Book of Negroes, Philosophers of Andalusia, Mice and Men and the Message of Forgiveness.

The Egyptian General Book Authority, through the “Your Culture is Your Book” initiative, presents dozens of titles, with prices ranging from 1 EGP to 30 EGP, which contributes to achieving one of the axes of the Ministry of Culture’s strategy to build people and develop awareness and knowledge, as the number of copies sold in the initiative during the first week The exhibition has 31,000 copies, and the most prominent of those titles are:

The activities of the 52nd session of the Cairo International Book Fair were launched, under the slogan “In reading is life.” The doors of the Egypt Exhibition Center were opened at 10 am and continue until 10 pm daily except for Friday, when the doors of the exhibition open on that day from 1 pm until 10 pm, and in order to facilitate the visitors of the exhibition, maps of the places of the publishing houses were placed in the front of each hall.