The Book Fair.. the story of the first session on the island on the occasion of the millennium in Cairo 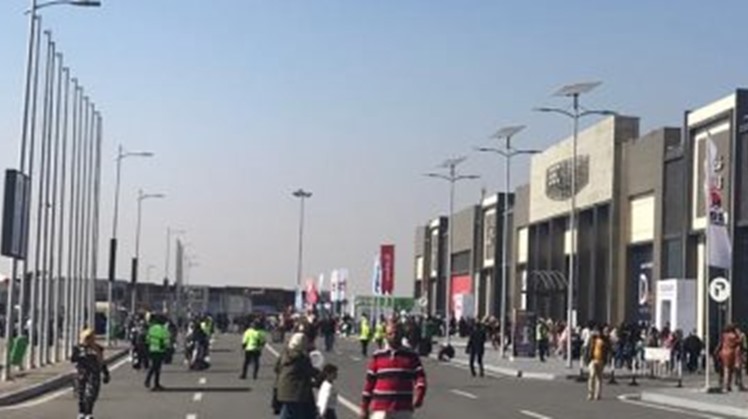 Mon, Jun. 7, 2021
Within days, Cairo will be on a date with an exceptional session of the 52nd Cairo International Book Fair, which will start from June 30 to July 15 at the Egypt International Exhibition Center in the Fifth Settlement.

The session comes under the slogan "In reading is life", and it is scheduled that all cultural events will be held on the electronic platform, except for the exhibition awards ceremony, professional activity and meetings of book fairs directors.

Fifty-two years have passed since the first session of the largest exhibition in the region and the second globally, so how was its first session, which Cairo witnessed five decades ago?

On the evening of January 22, 1969, the first session of the book fair was opened, after the former Minister of Culture Tharwat Okasha turned the idea of ​​Suheir Al-Qalamawi into a reality, so that the exhibition grounds on the island, "the Egyptian Opera House currently", witnessed the first edition of the exhibition with the participation of 5 foreign countries and about 100 publishers.

According to the book "The Story of the First International Book Fair" by writer and researcher in cultural history Mohamed Sayed Rayan, the idea of ​​the exhibition was the artist Abdel Salam Al Sharif, and the book mentions new and exciting details about the first day of the exhibition's opening, which is on January 22, 1969, and the exhibition lasted eight days, and participated It has 46 publishers representing 32 countries from Europe, America, Asia and the Arab countries.

Dr. Tharwat Okasha, Minister of Culture, recounts a proposal submitted by the artist Abdel Salam Al-Sharif to him for the necessity of establishing an international book fair in Egypt. Tharwat: "I contacted the well-known international book market in Leipzig, and sent the representative of the Ministry of Culture, Professor Islam Shalaby, to prepare for the establishment of an exhibition similar to it on the Arab scale." Dr. Suhair Al-Qalamawi was charged with supervising the first session of this exhibition.

The exhibition's activities were within the framework of the celebration of the millennium anniversary of the city of Cairo. Other specialized book fairs were branched from this exhibition, such as the Cairo International Children's Book Fair, which began in 1984 and is held in November of each year.
Among the most prominent of what was written about the exhibition is the article of the great thinker, Dr. Fouad Zakaria, which was published in the Contemporary Thought magazine in the February 1969 issue, under the title “Between an Exhibition and a Conference,” in which he mentions his impressions and vision on the first day of the exhibition, according to the writer and researcher in cultural history Muhammad Syed Rayan, with his book "The Story of the First International Book Fair".

Quoting from the book, Dr. Fouad Zakaria mentioned the details of the day, saying, “The opening day was cloudy and the weather poured down with very cold rain, and I thought, as I was invited to the opening day, that I would find only a small group of stubborn people who would not have, for one reason or another, to refuse invitations to attend the opening. Rather, my pessimism reached such an extent that I thought that I might return in a few minutes from where I came from, and that the opening might be postponed to another, more appropriate time, in a better atmosphere.. As I approached the doors of the exhibition, I saw what I did not expect and what the most optimistic people did not expect with success. this exhibition."