Old is Gold .. An old pic of "Karnak", the holy road to the ancient Egyptian civilization 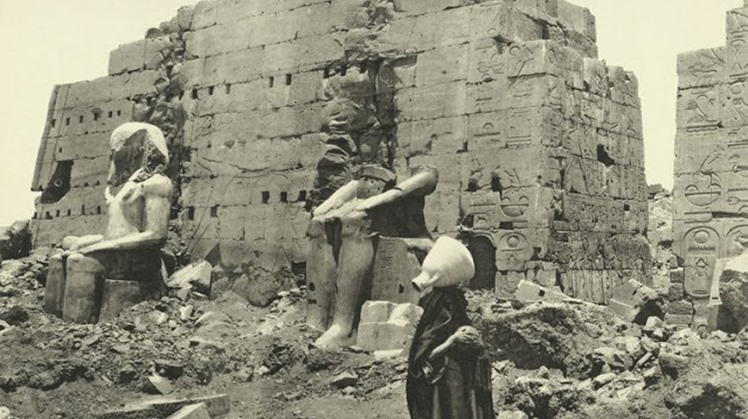 Sun, May. 2, 2021
Today we see an old picture of the Temple of Karnak, which dates back to the year 1870 and is in the American Digital Public Library, and we see in it two statues, one of Thutmose III, and behind them the wall of the famous temple.

It consists of a group of temples and architectural elements that were built by the kings of ancient Egypt from the Middle Kingdom until the Ptolemaic era, and it is surrounded by a huge mud-brick wall, and it is preceded by a harbor on the west side. Ptolemaic and Roman baths in front of the first pylon were recently discovered.

Karnak includes the temple of the goddess Mut, which can be reached through the eastern rams road from the tenth pylon of the Karnak temple, and is surrounded on the east, south and west by the Holy Lake.

The temple was dedicated to the goddess Mut, the wife of Amun-Ra and the mother of the god Khonsu, and was built by Amenhotep III and the kings added several additions to it until the Ptolemaic era.